I drove down the streets next to sunset, stopping at the red light. Two streets up, you were crossing the road, your long, straight hair and bangs concealing your face for a moment, before I saw it was you. You answered your phone, and spoke, without ever noticing I was driving past, almost as if being glad to have a distraction. Or did you notice? Did you want to notice? You walked into the door to the laundry room, and out of sight. Others stood talking in the double rooms, separated by the long hallway, in the whorly hum of washing machines and dryers. I drove ahead, turning east, and up the hill past the empty stadium. Sunset was near, with the sky a cold blue and burnt orange. In the empty, spacious parking lot was a police siren, and a parked police car; just in silence with their actions, waiting. Myself and other cars stopped at the stop light, with nothing crossing, and waiting until it turned green to drive ahead, over the next hill.

“I want you always to remember me. Will you remember that I existed, and that I stood next to you here like this?”
– Haruki Murakami

Then Summer Once Says

Alarms kept being turned off, and ignored (deaf ears), yet I kept waking up on time, much to my surprise. It was when I was actually awake that I became late. 3 hours? That long? Wet streets, diminutive raindrops falling into the puddles. Inside, my sweater drying above the clothes rack as I pulled my shirt over and run downstairs, to run up the adjoining stairs. Up stone steps, and a cold wave of kids voices rush in when opening the door, but instead the wind was behind me, swooning as the door closed. In the far room was a museum, just having been taken apart by a tour of kids, everything partially destroyed. I kept searching for a place to put on my shoes. Just a bench.. Around a corner was a long cream couch, and a red chair with one man sitting in it, who sat completely ignoring, absorbed in his morning newspaper. All the walls were egg white and baby pink. Still and raining outside. Only 3 hours left to work, I told her, at a distance where she could have understood me by heat of my breath, her hair in my eyes and stinging a little bit. We said other things but that’s all I can say.. but, I can still remember ardor, the warmth, even aside from a goodbye kiss and soft hug, just that I know I’ll see you later, still that warmth hanging on me as I reached my job for the rest of the day. Just then though, I realized I’d left without my shoes. 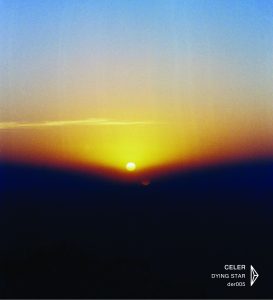 ryonkt ‘Past Memory and Image’

The new album from ryonkt, ‘Past Memory and Image’, concludes with an exclusive Celer remix of the opening track, ‘Moon’. Please support this inspiring artist, and special record label by purchasing the limited-edition release. 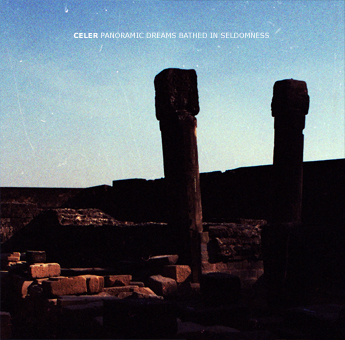 Clear, but without anything personal, except attachment.

A remembrance is lacking a simple disdain, and discarded, yet still resplendent.
There’s little cause to be excited, and even less for enthusiasm, but bitter.

Quietness isn’t left untouched, yet yearning, and willing to be somewhere,
but there’s little hope for that where to be anything, and less to give back,
even with the slightest touch of goodness.

Warnings and milestones became both the same, and within it, we found
more of a purpose.

We were there.
It was clean,

Until the night,
in a dreamed new home,
daydreamed collection of pictures,
an orange bedside lamp..

If we were there,
and warm..

it could be ours. 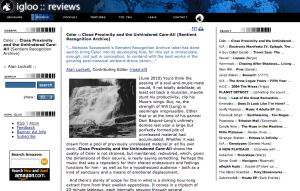