Trying to definitively pin down Celer’s music is a challenge, to say the least. There’s the sheer volume of music, for starters. Even though the project ceased to exist in terms of the creation of new material when Danielle Baquet-Long (aka Chubby Wolf) died in 2009, new Celer releases still appear, and often several in a given year. That’s because Danielle and Will Long produced an incredible body of work in a very short time period, and as the volume of material far outstripped a release schedule that was already seeing Celer releases flood the market when she was alive, a considerable stockpile was available to be drawn upon following her death so that an ongoing stream of archived material could be issued in order to eventually bring the recording side of the Celer project to completion. Complicating things further, some of the newly issued releases are, in fact, re-issues of older work originally produced as limited self-releases. In short, Celer’s recorded legacy is a moving target, an ongoing work-in-progress, that’s very much at this stage a hall of mirrors—things are never quite what they seem. If one were to make tentative conclusions in response to the three recordings reviewed here, such as to note that the transition from the earlier Sunlir to the later Salvaged Violets suggests a marked purification in sound, a stripping away of material so as to reach the most minimal state possible, that conclusion could very well find itself challenged two months from now when the next release presents Celer’s sound at its most expansive and detailed.

We naturally begin with Sunlir, which Celer recorded in 2005-06 at home in Huntington Beach, California and self-released as a limited, hand-made edition. It’s now been given a second life courtesy of CONV, a non-profit net-label based in Madrid, Spain and run by Miguel Angel Tolosa, who’s re-issued it in a 300-copy run. In simplest terms, the release amounts to eighty minutes and ten tracks of vintage Celer: endlessly long lines of reverberant shimmer whose dream-like rise and fall induces serenity, calm, and contemplation. Tones at times billow into gaseous formations, resulting in vaporous settings such as “Lithospheric Plates are Cleanly Forgotten” and “Awake for a Wake, Dead but for a Life,” whose metallic timbre calls to mind the gong-based recordings Thomas Köner released in the early ‘90s (Nunatak, Teimo, and Permafrost). Elsewhere, “Whimsical at the Cretaceous Extinction” oozes mystery as it emerges out of the fog with immense exhalations that mimic the subdued rise and fall of a sleeping body.

No text whatsoever appears on the gatefold package of the two-CD Infraction set Salvaged Violets (though two of the six card inserts do display a poem and a few clarifying details), a minimal move in keeping with the release itself, which, as stated, presents the Celer sound at its most stripped-down. Recorded in February of 2008 (available in a run of 998 copies and mastered by Corey Fuller), the release dispenses with track titles altogether, opting instead for each disc to present a single setting that hovers blissfully in the air for an ultra-serene stretch of time, seventy-five minutes on the first CD and seventy-nine on the second. Warbling tones advance and recede backed by a near-subliminal cushion of hiss in such an ethereal and slow-moving manner the material begins to sound like some sci-fi soundtrack designed to accompany dialogue-free sequences of shuttles drifting through space. As excessive as the project might sound on paper, in practice the project’s length enhances its immersive effect. Having attuned oneself to the material’s ever-so-slow unfolding, one becomes all the more aware of the ripples’ subtle resonances as they bleed off of one another and collect into multi-layered form.

The duo self-published Levitation and Breaking Points as a limited triple-three-inch CD-R release in early 2009, which has now been given a new lease on life in a 300-copy single-CD edition through the good graces of and/OAR. This one’s comprised of three long-form, twenty-minute meditations, their titles again reflective of Danielle’s poetic style, with all of them unspooling at a becalmed pitch that grows especially hypnotic when heard near day’s end with the lights low if not off altogether. Silken wisps of organ-like tones softly pulse through “Floating Parasomnia,” “The Enlightened Scapegrace,” and “Obtuse Sensibility,” carefully modulated by Celer so as to never become too intrusive and thus in keeping with Eno’s infamous ambient dictum that “Ambient Music must be able to accomodate many levels of listening attention without enforcing one in particular; it must be as ignorable as it is interesting” (from the 1978 liner notes to Music for Airports).

Certain elements remain from one release to the next: the long-form, meditative ambient-drone character of the duo’s ebbing-and-flowing music, first and foremost. There’s also the issue of the sound itself: no matter how many field recordings and/or acoustic and electronic instruments are used as sources, what comes out the other end is typically a smooth, metallic shimmer where no single instrument sound stands out. Another unifying detail shared by the releases is Danielle’s poetic sensibility, which is manifested in the track titles (Sunlir‘s “Spelunking the Arteries of Our Ancestors” and “Whimsical At The Cretaceous Extinction” are representative of her style) and the poems that often accompany a release.

‘An Immensity Merely To Save Life’ review by Olive Music

Drone is an often misunderstood genre, one taken for granted and victimized by naysayers who regress to easier, more digestible audible escapes. Though taken into consideration, if escapism is indeed what a listener craves when sinking into a new album, logic would sway more towards drone’s underlying aesthetic, as escaping reality is the one of the key objectives of the genre. Without a voice, lyrics, or often times definable instruments, the music relies heavily on hypnotic elements such as sunken tones, swaying hums, and lucid textures to convey its message. It can be a truly mesmerizing effect, and on An Immensity Merely To Save Life, Celer demonstrate how to effectively render the concept of escapism into music, by gently guiding the listener through a soothing cosmos of warm structures and loose memories, to somewhere far away in the deep recesses of a bygone state.

Though only consisting of two tracks, An Immensity Merely To Save Life is a full and well-rounded listen, with each track evoking shared cohesive elements throughout, yet maintaining discreet characteristics as individuals. “Of My Complaisance” opens the album on a dreary note, with forlorn emotions gently scarring the hanging backdrop. The faint reminisce of strings can be heard sirening through the foggy arrangement, contrasting the damp atmosphere in search of life as gorgeous earth-toned textures further steal the composition of breath. The ghosts eventually evaporate, and amidst the shrouded aftermath looms the “Gusts Of Hysterical Petulance”, a considerably more uplifting piece guided by the drowning echoes of a submerged synthesizer. Following the flood are expanding vibrations that accent the watery downfall, closing the album with a strange contrast of comfortable unease.

I assume this isn’t the first time Celer have successfully vehicled consciousness, as they have an immense catalog full of what looks to be promising material, though this is the first album I’ve heard from the group. Despite their clearly frequent output, this is an album from start to finish that is extremely well put together, like every muted pulse, delicate murmur, and blurry vibration was enlightened by the dimly tuned knob of a physics major. Their awareness of space and how to fill it is a vital factor throughout, as the slightest change in pitch or tempo would derail the slightly mutating repetition of misted phrases off its beaten path. There’s no clear conceptual drive here, but after listening there’s certainly a chance you’ll feel like you’ve been somewhere else altogether, like the shadow of something indescribable.

Though this is music that consists of confronting subtleties and opaque subject matter, it doesn’t have to be clouded beneath the majorities comfort zone. This is surprisingly immediate ambient music that anybody could appreciate, whether familiar with the genre or not. These are sounds that on the surface, barely exist, but as time goes on feel intimately real and close to the mind as they wash out of their respected source, transporting the listener through a calming loop of aural bliss. Drone is as much a conscious effort as it is an audible one, and it’s albums like An Immensity Merely To Save Life that put this idea to the test, and if you give it a chance it can take you somewhere else completely.

‘In the Finger-Painted Fields of the Eyes’ 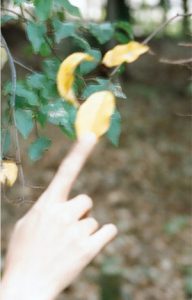 ‘In the Finger-Painted Fields of the Eyes’ is a new release on the label Prairie Fire Tapes. It is published in a limited edition of 100 copies. You can stream the entire album on Soundcloud. Thank you for your support, and I hope you enjoy it! By the way, there’s a hidden track..

‘Foolish Causes of Fail and Ruin’ at Norman Records

You know what It’s like with Celer. Virtually very single thing they did was pretty damn sublime and now the lovely Will Long is continuing the project solo, undoubtedly as a tribute to Dani, and he’s decided to unleash his new material on a series of enigmatic looking 12”s which just adds to the mystique and wonder of Celer’s work. I don’t know which installment ‘Foolish Causes of Fail and Ruin’ is but both sides are built from more of that epic, stately, shimmering drone-scapery that washes over you like the aural equivalent of moonlit tides or the longing sound of astral choirs. It’s a familiar language but one that is quite unmistakable and very comforting. Both pieces here are designed to scorch the sky and soothe the earth, transcendental and dense, languorous and all-enveloping. Long live Celer, the free-flowing sound of the universe.