An array of consonant breaths, elongated eliptically around a thermal element: the distillate a by-product of strangely alien matter, defying identification by regular means. The breath creeps, protrudes, resonates as an afterthought rather than punchline. Then we get to the bass, which drapes, sobs sympathetically over and over, like a lament in perpetual motion. Frequencies dip, bob metrically arbitrary to disruption, and traverse a solid category. All for Will Long’s “Rosy Reflections”, this synopsis is meant. And as ever, he delivers a masterclass, here spread across two tracks for Avant Archive’s tape series, in its definition walking wise.

To make a statement about drone’s refrain mechanism: it produces a counter-reversal effect on thought when reverted to so much, for such a period. Divulging: the continual backtracking of sonic information in repeating patterns, suggests a line ready to take off, a space to think – but also to wonder when the next progression will arise. Will’s strength, with his work in Celer and solo – as shown on “When You Fall Out Of Love With Me” earlier in 2011 – is to reside in that zone, make you feel at home, then apply subtle variations to give his compositions – or loops, as they first appear – a real appeal. Of course, you can only work a formula so long before you, the artist, becomes tired, whereby these pieces nod at outside influences including nature (“1″ sways its sound branches as a tall tree would),
leisure (“2″ is great material for the inner bookworm) and nurture; growth as a musician, doing something you enjoy, and making the most of what drove your love for music up to now.

“1″ really reminds me of Jon Hassell’s “Last Night The Moon Came Dropping It’s Clothes In The Street” in mood, though in this case, the piece relies just on deposits of synth to let its order stand. The revolutions are vintage Long, and Celer by extension, while “2″ strolls closer to producers like Milieu and Language Of Landscape, and their “Memories Fade Under A Shallow Autumn Snow” from Phantom Channel. While the similarity liaison may put off Fluid readers due to lack of knowingness, it must be said that Will’s work is all acquired – the “Black Vinyl” series was highly limited, CD-Rs and download channels are sparse despite the wealth of product, and this should
assure you whichever entry point that your listening time is worthwhile. All that’s left for now is to have the Celer name and all it’s offshoots emboldened as a choice for hypnotherapists, and part of this underground legacy will be complete.

“Rosy Reflections” was released in a limited edition of 48 with full-color glossy j-card on November 30th 2011. 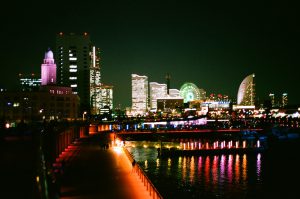 When reading about ambient music in more public and mainstream communities, one of the most likely descriptive reasons for listening is for relaxation, or in a more deep and pure sense of the music, to be transported to a different place. What is ambient music is to you? To me, ambient music is all about memory and feeling. Yes, it does transport me to a different place, but not in the cosmic sense of the word as its usually described. Every person listens to music for their own reasons, and each person has their own reactions and relations to it. What about field recordings? While many people consider music heavily-based (or completely-based) on field recordings to be ambient music, in many ways I disagree. Possibly, and almost surely this kind of music can be considered ambient music, but for me, what it does that is completely unique, and also I must add completely different from other instrumental-style ambient music, is that it is completely capable of transporting the listener to another place, in particular, specific places. What is most fascinating about this concept and this type of music, is that in the most complex and mastered works by great artists, along with having a location to relate to (that also commonly comprises the source of the recordings), this actually makes the listener ‘feel’ that they are in this place, or at the least, that they can hear someone’s recording of time spent in this place.

Quality of field recordings and the albums they exist on vary, as well. Some of the best field recording albums were recorded on the cheapest, most bare-bones equipment available (Aki Onda), and some of the best were recorded with high-end equipment, that capture each detail in absolute clarity (Chris Watson). In the case of ‘Injya’ by James McDougall & Hiroki Sasajima, the equipment isn’t defined, and there’s instead a midpoint of quality that rests on both sides, and shouldn’t be necessary to even be defined. It was recorded in Japan and Australia, and that description is enough. What exists inside ‘Injya’ is instead a complete and evasive world, full of movement, darkness, and variation of ominous diaries by two artists whose documentation of a place is no less than visionary. What is more, and I think entirely a benefit of artistry and creativity, is that these are not simply 100% processed field recordings, and not 100% pure field recordings, but a mixture of both. Finding that appropriate medium in the middle allows for the capture of the reality and truth of the places, while allowing the artist to contribute in addition, their own interpretations and changes to that environment. Getting to this place is difficult, but for McDougall & Sasajima, it is perfectly executed.

Throughout ‘Injya’, sounds of the real world compete with clarity and the inharmonious, which is not unlike anything that we hear everyday. There is disorder, noise, and it’s only when there is a rhythm inside the chaos that we commonly notice that things match. Throughout four tracks, McDougall and Sasajima run through a purposed uniformity of documentation, while completely still altering the view of this place, and bringing with it the imagination to move past it, and remember it this way. The opener, “Akigawa dou (spur and valley)’, runs in absolute slow motion on a bed of quiet deepness, with crushing sounds swinging on both sides of a tremendous valley. There is little quiet, and yet everything is moving, muted, and still, hanging in the wind. The second track, ‘Seki (Dundas)’, begins with a more machine-like gravel, which gradually compounds to all but an entire explosion, instead it nearly stops halfway through, with touchless movements, as if suddenly you find yourself inside an abandoned, wrecked ship. There’s nothing but the sound of your hollow footsteps, the outside waves, and a surrounding lack of anything. It’s nearing utter isolation, until you open a door, and instead find a brilliant and swelling world, among the whirs of freeway traffic, flickering seaside lights in the distance, and the calm breeze of twilight.

“Odake (vale)’ hums and sways, details forcibly pulled from such little places, and instead they act as creating an almost insect-like environment of scurrying, flickering bits, while seething streams pour directly through, as if a tape of a forest stream started playing. It’s completely static, crackling, and utterly beautiful. It climbs, and when it falls again, it sounds more like a distant forest fire, or the wind swaying in the trees, while you stay hidden below the canopy. There’s little to do but wait, and watch. The closer, “Ku (above Tennison’s Hill)’, is conveniently the longest track of the album. It is also perhaps the most evolved, and complicated. You’re inside a tent during a rainstorm, just watching through the flap. In the feeling of isolation in this place, there’s a beauty in the half-light, and the blue shades of the sky falling down on the tent. You can see raindrops pop overhead, and when you look up, the rain seems so cavernous it resembles a waterfall. Suddenly, a waterfall is exactly where you are, as it beats the rocks furiously, and pans away. Even before it leaves, high-frequency pitches of insects buzz as the water climbs yet again, and stops climactically, as you begin to walk through the darkness inside caves, through deep puddles, occasionally passing the white noise from the waterfall. Halfway through, is a time of total peacefulness. There are insects buzzing, but for possibly the first time in the entire album, an almost harmonious tone fills the space. There’s no elevation, there’s no ground. It’s simply levitation, and brightness. Everything is color, and there is warmth in imagination.

In 54 minutes, James McDougall and Hiroki Sasajima succeed in creating an album that is not only both real and imaginary at once, but most importantly, it is absolutely cinematic. It’s impossible to listen, without instantly being in these places. I can feel the moisture on the ground, the wind on the beaches, and the hum of the night choirs. There are colors, but also complete darkness. With no shortcomings, and a documentary-style of creation, ‘Injya’ is a mix of those two best things, reality and imagination.

Released on Unfathomless, in a limited edition of 200 numbered copies. Absolutely essential.