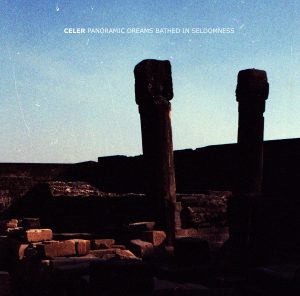 Opening in medias res with field recordings that slowly shift into a haze of hovering tones, Will and Dani’s loop-based constructions flicker and unfurl at an unhurried pace, ebbing into one another, decaying into resonant silence. Indeed, Panoramic Dreams… proves to be an apt title for this collection, as each track enacts a sort of bleary-eyed navigation of an imagined landscape. There is a profound sense of melancholy in these recordings, but also a subjunctive quality that is hard to ignore – a meditation on possibility, on what might come to pass. Like the best Celer recordings, the four tracks collected here evoke in this listener a sense oflonging and nostalgia, the object of which remains opaque and elusive, but ultimately no less affecting. –Alex Cobb

‘Pockets Of Wheat’ review by Sonomu

While Celer always includes fastidious notes about what has gone into a recording, not least where its beloved field recordings have been gathered, rarely does the duo set out to essay its own semi-realistic version of something specific.

This album, its first on the new Norwegian label Soundscaping Records, is an exception – its title is Pockets of Wheat, on its cover is a picture of wheat bending to the breeze, and the duo´s expressed intent is to mimic the sway of a wheatfield discovered during a stopover in northern Texas.

Always sensitive to the small details of whatever comes its way, the couple became enchanted with the unrelenting song of the vast fields, the tones made by the wind catching the stalks and husks, and the constantly-changing melody of that song.

As usual, Celer muster a large array of instruments and equipment, from cello and piano to recordings of the wind itself, painstakingly creating some one hundred five- to ten-second tape loops which were played back and selected at random. The pair certainly achieve what they set out to do, imitate the drone of the wheatfield. The standing wheat is the constant, like the body of a cello, while the wind is the bow which plays its strands. The music it makes depends literally upon which way the wind blows.

The recording has a slightly atonal chord running through it as leitmotif. In their notes, the duo have excerpted a lengthy quote from a story by Algernon Blackwood, an author famous for imbuing nature with gothic menace. That tone is indeed dark and unsettling. In due time, you become accustomed to it, though, and as it waxes and wanes, you hear how just beyond, texture and colour are in constant flux. In fact, as more time passes, and the “wind” continues unabated, you note that some dramatic changes have occured.

A gorgeous touch indicative of the attention to detail Celer put into its work is the actual wind which can only be discerned when the music goes almost silent for a second or two.

It seems all too ordinary at first: an organic drone fading in and gently rising and falling over the course of several minutes. But then something changes, not in the music but in the listeners. Perhaps a period of tuning in is required; perhaps the music is simply too powerful to ignore. Eventually one succumbs to its spell. It is possible to find oneself drifting off and away from it, only to be gradually, gently, drawn back into the intimate drone.

Dying Star, recorded in 2008, is the result of an improvisation on a vintage analogue synth. The title and the cover artwork refer to the setting of the sun, although it could be the sun itself which is a slowly dying star. (Don’t worry, we still have a few million years before we need to get concerned.) The very mention of dying gives the record a further dimension, whether intentional or not, as Celer ended with the tragic early death of Danielle Baquet-Long last year. Her husband and musical partner Will Long is overseeing a lengthy release schedule of recordings by the duo, although it is doubtful all of them would have seen the light of day had Danielle not passed away; they would still be making new music together, making some of it available and stock-piling tapes not deemed ready for release. But this is not to be, and we must celebrate her life through the work rather than reflect on what might have been.

The album gradually unveils its magic; not much changes throughout the duration, even in comparison to other works in the Celer discography. The drone – a sort of luminescent, orangey hum – rises and falls across a few tones in pieces of varying length. Whether a track is three minutes or 11 does not really make any difference. One feels as if any of the pieces could stretch out to infinity, providing a protective cushion against the outside world. It is a work that could settle into the background but every so often, in different places at different times, there is a moment that reaches out and grabs the ears.

This is a breathtakingly beautiful work, and perhaps it is reading too much of the duo’s biography to describe as at times almost overwhelmingly sad. However, this is the listener’s influence on the music, in much the same way that rock fans begin re-interpreting the lyrics of a Buckley or a Morrison because of their early deaths; surely the mystery is hidden in their work somewhere? Well, sorry, but no. Celer did not make this album with any thought of the future, or of dying – they were a young couple, newly married and in love and to impose anything deeper on the album is unnecessary, because this is an album that transcends any outside influence and just is. As the album fades out to silence (the closing track is much quieter than what has preceded it), one is warmed by the fuzzy glow it leaves and grateful to those who made it.

Dani and Will have blessed us with so, so many wonderful gifts ever since the birth of their musical partnership. The wonderful thing is that all of those gifts are being unwrapped and brought out for us to play with all the time. It almost seems like most of Celer’s work is being brought to light only now, after Dani’s untimely and tragic passing. Her contributions will always and forever be missed and celebrated by all. “Panoramic Dreams Bathed in Seldomness” is just the latest of their lasting legacy to be released. It is a four-track collection, each lasting between 12 and 20 minutes.

As is the case with every release I’ve heard from this exceptional duo, this is pure ambient magic. These compositions are heavenly. They put you in a good spot, a comfortable state-of-mind, and keep you there. So serene, so relaxing, so calming. Audible peace. I’ll be honest, I’ve had a few nights of insomnia over the past year and I’ve always reached for a Celer disc. It just takes you somewhere more pleasant. It feels like a consoling presence grips you by the hand and invites you to fly away to a better place. That is, a place far away from your anxieties, your unfulfilled wishes, your whatever. Each ambient loop is a mantra that reassures you that everything’s alright. No more pain, no more distress, no more loss. It’s safe here in these tracks. 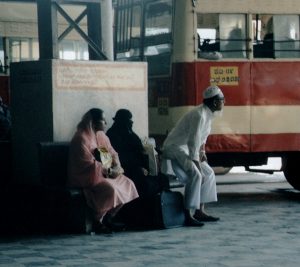 ‘Culling the Past From Unsentient Weeks’

It would be easy to dismiss the field of minimalist music as samey, a sparse soundscape where an almost imperceptible background hum is occasionally penetrated by the odd electronic effect or a field recording of a burbling stream and birdsong. These two new releases on the Home Normal label demonstrate perfectly why that would be a mistake.

… Engaged Touches by Celer is the flipside of the minimalist coin. Put this on as background music and you probably wouldn’t hear it, you really do have to listen to this. Dreamlike and expansive, this is the kind of minimalism that by rights you should listen to in a specially designed pod. This is the music of the future that played out in 1970s science fiction films. Celer, produce music which has an infinite nature.  At times barely more than a notion, it gently swells and rolls, single notes strung out over minutes. The sweep of Engaged Touches is at times breathtakingly beautiful.

Recorded towards the end of 2008 using only a vintage analogue synthesizer and a mixing board, Dying Star is an eight-part, fifty-minute work from drone purists Celer, whose inscrutable discography continues to expand at a healthy rate. The accompanying notes state that the motivation behind these pieces was to create something rooted in improvisation that captured a sense of being “completely pure and secluded”, that “stands as a fading presentation of memory, time, and loss, set against the ending day”. Typical of this act’s elusive, understated output, Dying Star is mastered at a very low volume – something that encourages cranked up headphone listening. Once your playback levels are adjusted accordingly, the continuous ebb and flow of warm tones proves powerfully immersive and crystalises itself at key moments of self-contained loveliness – in particular the eleven-minute ‘How I Imagine My Hand Holds Yours’ which seems to be the most dynamic and well-rounded track of the bunch. Never ones to employ excessively showy or contrived techniques, Celer continue to very quietly excel in their field by hinting at the elegant simplicity of early electronic drone music.