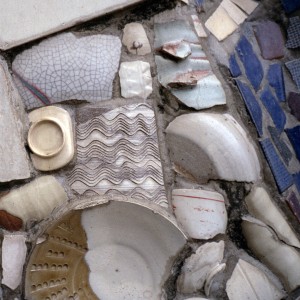 In 2010 I came to Japan to play four shows in Tokyo. Three of them were with Yui Onodera. We had just released our collaboration album Generic City, and it was also the debut release of my new label Two Acorns. A little more than one month later I moved to Japan, and by this time we had already begun working on a second collaboration album, as a continuation to our first release. In 2011, we played three more shows together, mostly playing completely new material, and piecing it together a little differently each time. However, after 2011, for different reasons, we stopped working on it, and no new shows happened. Maybe we had other things that were more pressing to come up, work was busy, or for whatever reason we didn’t continue working on it, and it was left unfinished.

In 2015, in an attempt and ongoing process of organizing files from three different computers, I came across some of the folders of our follow-up source material mixes, and live show mixes. There was never a working title, and most of the tracks were only named by numbers or single letters, so it had hidden in the vaults easily. Listening back, I remembered these tracks, and they felt fresh to me – or they brought back good memories. Maybe part of the problem before was endlessly working over and over on the tracks for so long that the feeling was blurred – but now, after some time, I can see it again. At the same time, after 5 years has passed, it’s hard to go back to something and change it, so we’ll leave it as it was on our last edit from 2011. 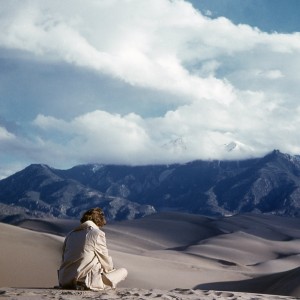 Ambient music is a difficult thing to categorize – especially your own music. It’s easy to just name several easy genres, and that’s it. Sometimes it’s enough, but not always. If we go back to the origins according to Brian Eno, he says “You could pay attention or you could choose not to be distracted by it if you wanted to do something while it was on” and that ambient music is “creating an ambience, a sense of place that complements and alters your environment.” For myself, I always understood where Eno was coming from, and how it applies to his music, and ambient music in general. But even though this music has been an influence for me (particularly Brian Eno’s Discreet Music), it wasn’t always what I set out to do from the beginning. With the tools I had, it’s just what my music ended up sounding like – or to say it another way, it was what I wanted to listen to myself.

For a long time I rejected Eno’s idea about making my own music, because I wasn’t interested in making background music. People can perceive your music any way they want it, applying it to the way they hear it and how it applies to their life and surroundings, but that doesn’t always match your reasons for making it. There was always something much more interactive to me – and those memories are completely vivid to me – if they’re quiet, it’s because that’s how they really were – but it doesn’t mean they were less-strong, or shouldn’t be paid attention to. Other music (more loop oriented, and direct) is all about repeating a memory, a feeling, or something else – this may not be exactly how it happened, but this is how I remember it, and by making it this way it sets it in stone. For me, at least.

Soryu may be something different entirely the same. There are all these things present still – but for some reason, to me, it feels like possibly the only purely ambient music that I’ve ever made. I don’t mean this to be background music, but by saying ‘purely ambient’, to me it is as close to Eno’s definition as is possible (up to now). It isn’t meant to be ignored, but instead it’s something to be lost in – a maze where everything looks the same – there are familiar places and sounds, different colors and different sized objects, but you’re lost in this place, and these things repeat, not always in the same order. It’s a zone, somewhere where everything can become familiar, but it doesn’t always seem to be ordered the same way. For example, in Alain Resnais’ 1968 film Je t’aime, je t’aime everything is the same, but the way you memorize it feels different – what you thought was familiar is not really that at all, and after repeating it over and over, you see it or yourself differently. At least, you can.

Soryu is the first in a series of long-form pieces made with this idea. The story and background for each varies, but the direction remains the same. That is, having no direction.