‘Turkey Decoy’ review by Get Off The Coast

Though not as prolific as Celer, her project of many years with husband Will Long, Danielle Baquet-Long’s solo recordings as Chubby Wolf are numerous even if they are outnumbered by those from her shared endeavor. The most recent collection of her recordings under that name, titled Turkey Decoy, recently came out from Digitalis, making the album one of the most formal releases of her work since she passed away in 2009. It’s a stirring set of songs, together composing a cycle of ambient soundscapes that move and gently shift around one another across layers that feel like the intersection of some odd tandem chant, like the call and response of daemons; hierophants conducting souls hither and yon. That sense of mysticism contrasts beautifully with individual track titles which, like the name of the album itself, are evocative and textural; “Rattling Mandibles” conjures up a human jaw vibrating like a hummingbird, singing a gentle, eleven minute drone, while “If There’s an Elephant in the Room, Introduce It” is a haloed Ganesh emanating the same. The more explicit or whimsical titles, like “Short Dick” and “Scalloped Toes” compose a more nebulous realm of idiosyncrasy that seems too intimate to scrutinize, but they’re nonetheless endearing, if not more so for that reason. Turkey Decoy is sublime. 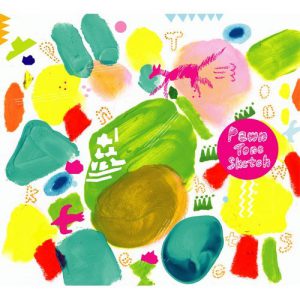 With a mysterious and at-once bright beginning, ‘Tone Sketch’ booms in its’ own comfortable extents, both purely experimental, and purely the difference of the future pop, awakening and triggering novel inspiration. After successful releases on labels such as Cotton Goods, Dynamophone, The Land Of, and Symbolic Interaction, Hideki Umezawa, known solely as Pawn, ushers into his musical world a new stride for the Progressive Form label, renowned for releasing artists such as Aoki Takamasa and Shuta Hasunuma. With all that ‘Tone Sketch’ represents, its backdrop becomes its’ forefront, an absorbing mixture of exploratory textures, wobbling tones, and crunching frequencies of sharp particles, all cut into possibly an all-new ‘pop’ habitat. Not characteristic of Pawn’s previous works, the album also features guest appearances by a number of guest collaborators, which appear on all but two of the albums’ 12 tracks.

Pawn’s attention to detail and control of mixture is never more apparent than on ‘Tone Sketch’. There is subtle control, but freedom in variation and evolution, allowing the pallette of sounds to pass perfectly on and on, with tracks like the opener ‘Morning Tone’, building upon crisp beats, resonant patchworks of sparkling tones, and smooth pianos, or the deconstructing ‘Star Shards’, featuring soulful ruminations by Flau Records artist Cokiyu (who Pawn has also remixed). With minuscule variations, Pawn’s  sway of power glides throughout in a calm motion, changes not seeming abrupt, but as tempos and patterns change, they remain open, and fervent. Possibly the standout track of the album is not surprisingly ‘Painted Wall’, one of the tracks Pawn solely controls, displaying a mastery of collage-style organization in an almost surrealist progression, changing both in surface motion and color, matched with crystalline swells, and pulsing, stepping bass.

‘Forest Trail’, which features Fraqsea and Pleq, is a dizzying, upbeat affair that compounds throughout, pushing through layers of swirling vocals, remaining grounded yet fooling method and time, vocals sustaining the center. It’s disorienting, yet electrifying. ‘4 Grid Complex’ with Nyolfen climbs in beats, completely hooking and pummeling the stereo field on a dancefloor of piano and glitching skips. It’s perfectly arranged, and models the present moment in movement of future and time.

Opposing are tracks such as ‘Qop’, ‘Prepared Statement (with Marihiko Hara)’, and ‘Tokyo Resonance (with Sooner)’, which fall into a more disenchanting and manic form of arrangement, but this state allows its randomness mixed with playfulness, and it fits the outside confusion to complete a perfectly-circulated atmosphere of bobbing, playful organics.

As the longest track of the album, ‘Strange Animal’ (which features Cuushe) is a blended soundscape of sizzling layers of noise, deep echoes, and smooth vocals, chanting and phrasing through the music’s swirling air. The vocals request and answer, both moving, yet completely unsteady. When the beat enters the song nearly halfway, it punches through, and ends as an amalgamation of future pop; an impressive, addictive digital lullaby.

The closer, ‘Discolored Photograph’, walks forward at a calm pace, drums as footsteps, voice samples repeating but barely giving a presence, with strings steadily rising, but not overwhelming with a shrill nature that such additions sometimes create. The centerpiece is the beautiful piano melody, which stays throughout to the end, enrapturing the album into what may be its most straightforward, yet mysterious track. Not straying, it remains straight ahead, summarizing with consistency, imagination, and craftsmanship. ‘Tone Sketch’ is one of the most inventive albums I’ve heard all year, demonstrating not only a multicolored blend of colors and artistry, but demonstrating that for Pawn, composition is only the beginning of imagination. 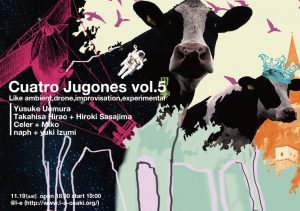 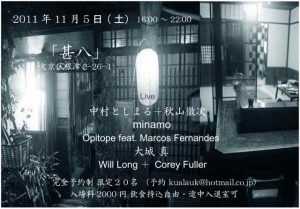 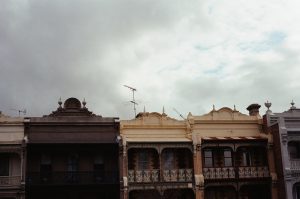 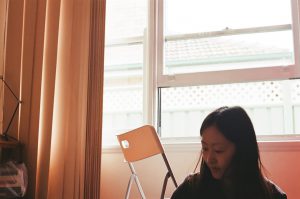 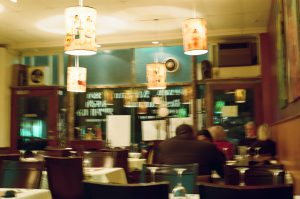 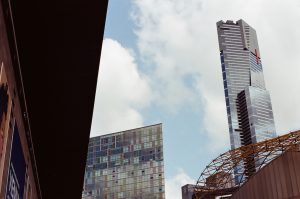 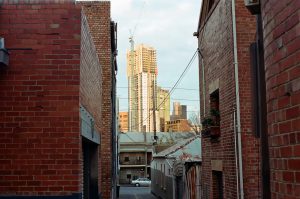 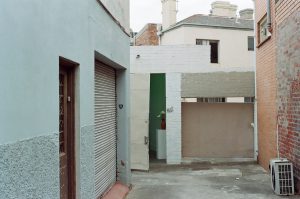 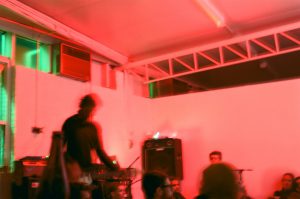 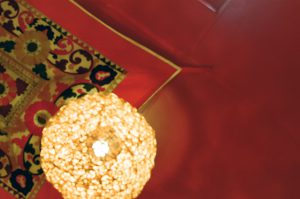 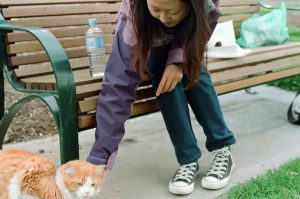 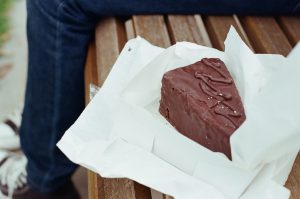 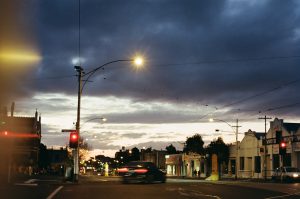 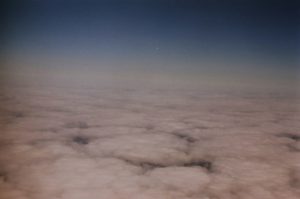 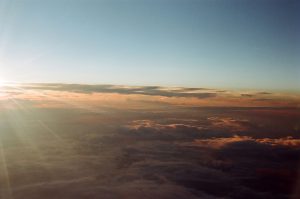 The story of Celer is probably well-known by now, certainly if you have been reading these pages before: in a relatively short time span the duo of Will Long and Danielle Baquet-Long created a whole bunch of releases as Celer, all dealing, more or less, with what we can roughly ‘drone’ and ‘atmospheric’ music. Baquet-Long died suddenly in 2009 and it was decided by Long that no more music was to be released as Celer. Anything that comes out now as Celer is either old and unreleased and re-issues of older work, such as this release, which was originally a self-released CDR (thus they gain a status like Maeror Tri, who early 90s cassettes found their way on CD and CDR by now). What can we say about this music that we haven’t said before? Nothing much I guess, but that doesn’t mean I say anything about the quality of the music. Apparently Celer use a variety of instruments, although none are specified here (but it was on other releases) but these are transformed into abstract glacier like masses of sound, slowly moving and lowly humming, just as pretty much anything else I heard from Celer. Its hard to say if and what the differences are between this particular releases and the others I heard. Surely they are there but appear to be minor. When listening to this CD I was thinking about all of this. Surely there are people who like music to progress, slow, quick but inevitably moving to something else and there are people (in both cases people are consumers, not musicians themselves) who like things to remain the same, no matter how many releases an artist does, and this sometimes applies to musicians who release a lot, such as Fear Falls Burning, Francisco Lopez, Merzbow or Machinefabriek (to mention a few): all with a large dedicated group of fans and Celer has joined their ranks. Be it that no more new music will appear, with their back catalogue (which is indeed vast) filled with obscurities. They surely can see some interesting, re-mastered titles in the future. Me, I belong, perhaps more to the first group of consumers, those who like some things to change every now and then. That said, I thought ‘Sunlir’ was a pretty fine nocturnal listening thing. (FdW)

Chubby Wolf’s “Turkey Decoy” has one of the richest sonic environments I’ve encountered. I mean it. A few times while listening I thought to myself “There is no way all of these aural experiences could be from this one recording. Something has to be going on outside.” Once I turned it off I heard silence. Everything did come from the headphones. I was amazed. Part of the pleasure derived from this recording is in that detail. Ambient music rarely feels this tactile.
Right from the beginning you’re exposed to it. A little ring in “Cantankerous Baby” gives off the impression of something much larger, much calmer. Going through each one of these songs I felt the attention Danielle Baquet-Long gave to every second. You meet tiny idiosyncrasies in every song, from little audio snippets about talcum powder (in “Sushi on a Hot Day”) to the blurred piano in “Scalloped Toes”.
My favorite pieces are the longest. “Rattling Mandibles” expands onward. Once it ends you get the feeling it continues on without you. The volume doesn’t matter, it’ll still be there waiting. Chubby Wolf varies the approach, sounds, volume and texture for each piece. So while you get the sense this is meant to be heard together, each piece can and does stand on its own as a specific artifact.
A great deal of musicians work with this sort of approach: a treated guitar. Most of them sound somewhat similar to one another. Chubby Wolf doesn’t sound like anything I’ve heard before. Often the imperfections in sound are scrubbed clean, especially in these ambient recordings, leaving only the pristine shimmering noises. “Turkey Decoy” deftly avoids the many pratfalls of ambient music to create something unmistakably human.
Link 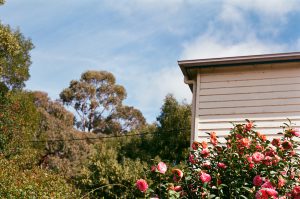 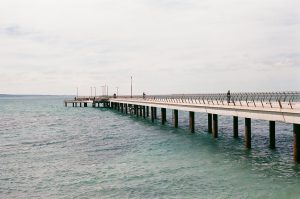 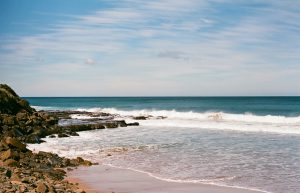 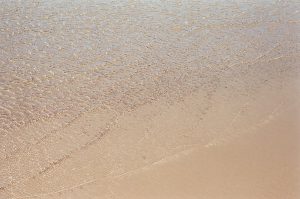 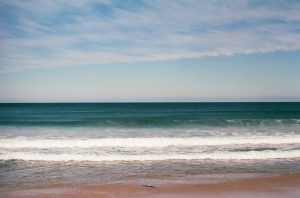 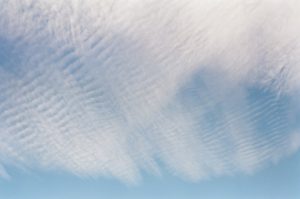 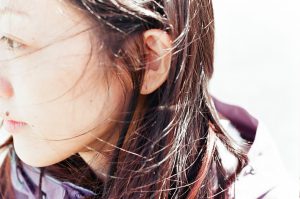 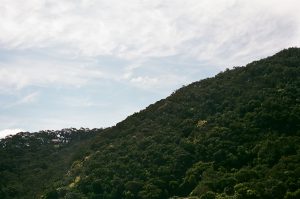 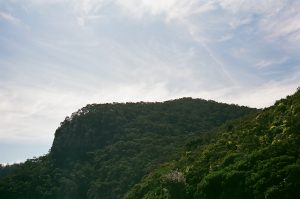 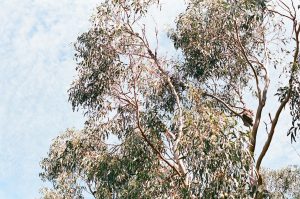 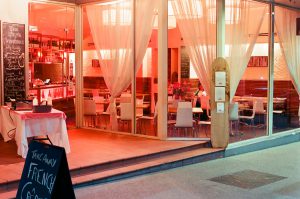 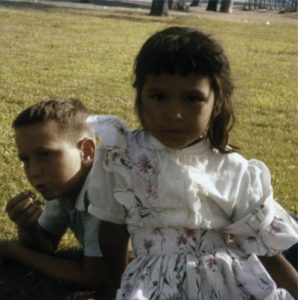 Available to order from Digitalis and Boomkat

Each release from the late, great Dani Baquet-Long- one half of the fascinating, ethereal ambient duo Celer- carries with it a terrific amount of emotion and intensity. It’s as is her recordings have always existed in the depths of your memory but only begin to surface as she performs them. What’s brilliant about Baquet-Long’s works is that, throughout her powerful and intimate music, her sly sense of humor always shines through (see: song titles like “Cantankerous Baby” and “Cruel Sausage, Gentle Fingers”/her recording alias is “Chubby Wolf”).Turkey Decoy – a brand new record which compiles some of her final works- might be the most uplifting and joyful glimpse into the world of Chubby Wolf, sonically and texturally, to emerge yet. Just an absolute joy from start to finish – essential stuff.