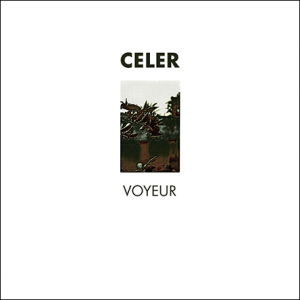 Voyeur
A few years ago I was commissioned by a film company in California to create a musical score for a film inspired by the Hitchcock 1954 film Rear Window, but with a more surrealist, two-sided viewer plot. As filming hadn’t begun, I was given the screenplay and timeline, and asked to make specific music that might fit with the themes in those pages, which also included an overture, intermission, and exit music. I recorded the music at home and in a studio provided by the film company in Silverlake, California, and finished a week before the first draft deadline was to be submitted. Surprisingly, before I even delivered any of the music, I was informed that the entire project was cancelled. Several years later, the score for the film of the same title is finally seeing the light of day. It is available on vinyl in an edition of 300 copies by the Berlin label Humming Conch and the Humming Conch Shop.