‘Epicentral Examples of the More or Less’ 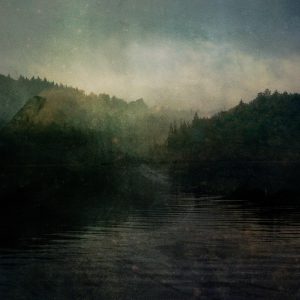 Epicentral Examples of the More or Less now available for preorder, direct from Futuresequence:

Celer is the solo ambient project of sound artist Will Long, who works out of Tokyo, Japan. He is well known for producing dense, emotive creations that are never lost in the gloom of myriad other ambient releases, due to the remarkable delicacy of each layer of sound in his pieces, which never become overwhelming or too drawn-out to to sustain their initial emotional content, as is so often the case with many extended ambient compositions.

Indeed, the thought that goes into Celer releases is evident from the incredibly detailed titles that Long has given to each of the three tracks on Epicentral Examples of the More or Less, with each small portion of the title being relevant to an individual phase within each overall track – an arrangement choice which is made, on listening, into a feat of compositional skill, due to the fact that the tracks, even when starkly cutting between samples of reversing tapes, field recordings, and Celer’s trademark throbbing, glowing drones, at no point ever sound merely like a compilation of small pieces. Rather, the album remains cohesive overall, and whilst at points the listener is met with surprises in the form of phasing waves of bright sequencers – a sound that many would never have imagined Long using after listening to releases such as Evaporate and Wonder – or even acid-house synth waves on Fill Your Light With Lessness from the third and final track – Epicentral Examples of the More or Less retains the genuine emotive content that has become a cornerstone of Celer releases, coupled with a creative talent that leaves most contemporary ambient music dead in the water.