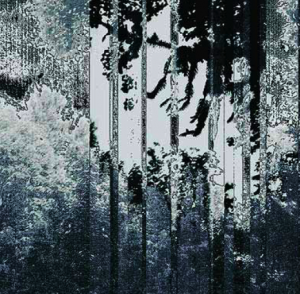 “In February of 2008, Dani and I recorded, mixed, and completed the music for ‘Salvaged Violets’. The words came as the subject line of a short poem, sent to me over email, included with an unrelated question. During these weekdays, our working schedules were almost the opposite, but we spoke over email constantly. Until recently, I did not notice how similar this was to our beginnings, sending letters as we were on different sides of the country. With no conceptual idea in mind, and since we were apart for so much time during the weekdays, we decided to begin ‘Salvaged Violets’, and see what came of it. Every night when I returned home, before sleeping, I would spend time working on the music that Dani had worked on through the afternoon, and had left on the desk. Every afternoon, she would find a different version to work on that I had left, and this continued for some time. When together, we would sip our tea, laugh at silly jokes, cook, watch television, and so on. There was no need for longing while we were together. There was always laughing, pots and pans clanging, or a muttering television. In forming ‘Salvaged Violets’, we did not mix it in a particular arranged order. It was mixed simply by the order it was first played, compiling many miniature sections rolled into one. In this case, they were rolled into two. Nothing was discarded, nothing was rearranged. As the sound changed over time, the original form did not. When it was finally complete, we listened together, for the first time. I remember how familiar it seemed, yet I also felt that so much of it was unknown, and undefined. More than a year later, in September of 2009, I revisited the recordings for the first time since 2008. At this time, it was being mastered by our good friend Corey Fuller, so I was still listening to the original. Riding my bike through the endless suburban subdivisions, through the busy downtown streets, I listened repeatedly, for days, over and over. Something was familiar, but so much I was unable to recall, and yet I was able to relate. I returned home, put my bike against the door, and took my headphones off. There, in the still silence, I think I understood finally what it was about.” Will Thomas Long, December 2009