‘Weavings of a Rapid Disenchantment’ review by Boomkat

Released in a limited edition of 350 copies, this new 10″ from the Basses Frequences imprint features two companion compositions to the the Panoramic Dreams Bathed In Seldomness. A melting pot of electronics, analogue tape manipulation, strings and field recordings (of thunder and a freight train), these tracks perhaps sound ‘bigger’ than much of Celer’s output, and yet the principles behind the duo’s stringently minimalist approach remain in check. The end result sounds like an orchestra in cryogenically suspended animation. A-side ‘Retreading Obsessions’ (recorded in Mississippi during 2007) dwells on a single, giant, weary chord for eight minutes or so, before wrapping up with a dissection of some detuned, blurry concrete sound. Providing a slightly more extroverted variation on this sort of scrupulously reductive compositional approach, ‘The Acceptance Of A Paralyzed Infinity’ (recorded in NYC during 2007) lets a little more light into the mix and reveals a greater level of melodic detail wafting around inside the drone. As was the case with certain portions of their Panoramic Dreams… album, both these pieces invite comparison to William Basinski’s elegiac tape-loop orchestrations, and the EP is certainly recommended to anyone with a penchant for that sort of enigmatic ambient composition.

‘Weavings of a Rapid Disenchantment’ 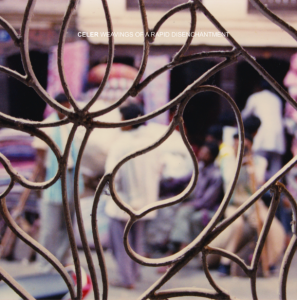