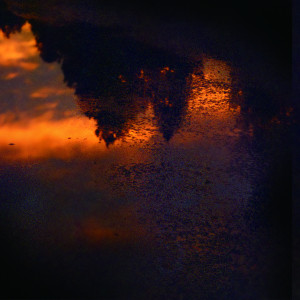 Side B
2 Complete Possession Of Full Temerity

Cyclic Defrost
In a world turned upside-down, the wise man looks down to see the sky. Celer (Will Long) and Hakobune (Takahiro Yorifuji), ambient composers of the highest water and bulkiest discographies, both currently resident in Japan, recorded Vain Shapes and Intricate Parapets in 2011 and first released it on cassette in early 2013. Now on compact disc, its two, twenty-minute meditations rest like Buddhas beside each other. In contrast to its tortured, enigmatic album and track titles, the music is excursive philosophy on the simple act of remaining attached to the planet. The protracted pipe organ drones of ´Merges of Hysterical Exhilaration´ rise and fall like sleeper´s breath, quiver like a puppy unable to find shelter from the rain. On “Complete Possession of Full Temerity,” disquiet evaporates like dew, as a thousand and one strings part the clouds, to let the bliss shine in. And yet the world is still turned upside-down.