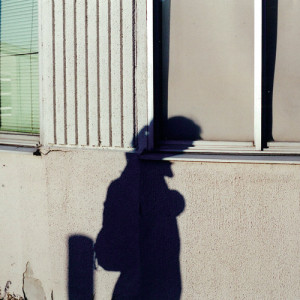 Release description:
“Tightrope was created in 2010. That November I visited Tokyo to tour with Yui Onodera to promote our Generic City album. On the last Saturday of the tour, I took part in a collaboration performance at a temple in Tokyo with Opitope and Corey Fuller, where I played some of the source pieces used in Tightrope. It was unfinished, but when I returned to my home it was completed in a short time. One month later, on December 31st 2010, I moved to Tokyo.

on top
on top of each other, and given a single place.

It has many different instruments and sound sources. Piano, television, synthesizers, fire crackling in the fireplace, whistling, pipe organ, eating ice, acoustic guitar, laptop, an afternoon conversation, a medicine drip buzzer, car noise, my ringtone, contact mic and many others I can’t remember. At the time, it never occurred to me to keep track of these things. In the end, they’re all collected, unplanned memories.” – Will Long, Tokyo, January 2012

Design by mondii, published in an edition of 500 copies. For my Father.

Textura
Tightrope, by comparison, is a more recent Celer production and thus presumably representative of the group’s current sound. Created in 2010, the single track, seventy-minute piece captures the now Tokyo-based Will Long working alone under the Celer name; however, based on Tightrope, the differences between the originating model and the current one are slight. In customary manner, the work utilizes a broad range of sound sources, with piano, television, synthesizers, whistling, pipe organ, acoustic guitar, laptop, a medicine drip buzzer, car noise, and numerous other unidentified sounds as base material; on paper, the work is described as a collage that Long assembled from twenty-four separately titled pieces. But again, in true Celer fashion, all such elements have been transmuted so thoroughly that their identifying characters have long vanished, leaving us instead with a softly wavering, organ-like dronescape that unfolds ever-so-placidly. Softly surging washes of sound whistle and whisper, their layers overlapping one another like gently cresting waves, and the work ultimately plays like an infinitely long sigh distilled into serene aural form. Admittedly, neither of the Celer releases adds anything terribly novel to the Celer sound-world—much of what’s presented in both recordings will seem like familiar territory to long-time Celer devotees—so one might best think of them as two more pieces to be added to an ever-growing discography or as ideal entry-points for anyone new to the Celer galaxy.

ATTN:Magazine
The 70 continuous minutes of Tightrope is actually 24 separate pieces, but there are no explicit transitions to show for it. In bringing each composition together, Long decided to do more than simply thread them together in chronological sequence; rather, the pieces are interwoven and placed over one another, forming a blur of mixed intentions and tonality, tugging Tightrope this way and that, sparking gorgeous harmony and accidental rubs of dissonance. It’s a ball of warm, ethereal tone that constantly writhes and rotates – sometimes shrinking into little remnants of low frequency hum, sometimes flowering open into thick lashings of texture.

Tightrope is ultimately a blur. It derives inspiration from Long’s trip to Tokyo with Yui Onodera, and was completed upon his return back to the US. Once the listener acknowledges that the music is founded on Long’s fresh reminiscences, the album’s structure and behaviours starts to make sense somewhat; just as memories arrive as a rush of partial detail and contorted chronology, Tightrope swirls multiple sensations and experiences into an essence of a place and time. There’s a certain indistinction to the piece that can sometimes cause interest to tail off, as if Long’s recollections are too vague to solidify in anything more than murky blotches of colour or disembodied smells that can’t be placed, but it’s never long before a certain shimmer of hidden static or ghostly whistle lures the listener back in.

Boomkat
‘Tightrope’, Celer’s first album of 2012 was created two after Will Long had returned home from touring Japan. It is constructed from source material he first used at a performance at a temple in Tokyo, and later re-arranged, layered and assembled back in the U.S.A. Traces of piano, television, synthesizers, a crackling fireplace, pipe organ, acoustic guitar, ringtone and other ephemera are smudged into one continuous exhalation of blurred harmonics which somehow evoke subtle emotions in much the same way a faint smell might trigger memories long forgotten.

Foxy Digitalis
Tightrope is an aural scrapbook released on UK-based ambient label Low Point that’s sourced from a 2010 performance at a Japanese temple in addition to “television, synthesizers, fire crackling in the fireplace, whistling, pipe organ, eating ice, acoustic guitar, laptop, an afternoon conversation, a medicine drip buzzer, car noise, my ringtone, contact mic and many others I can’t remember” from the same trip. So this is what a Celer field recording sounds like: smeared, stretched, gaseous, fragile. In other words, exactly what you’d probably expect, but beautiful just the same.