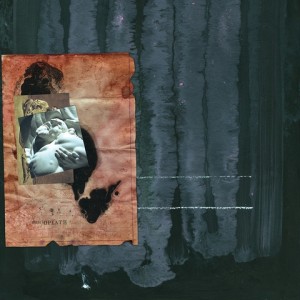 Release description:
SMM: Opiate is the second release in Ghostly’s SMM series, which is an ongoing exploration of the evocative possibilities of sound, with a focus on classical minimalism, electronic and drone composition, film soundtracks, and fragile imaginary landscapes. Opiate is the follow-up to 2011’s SMM: Context, and as with that record, it’s a carefully chosen selection of music, compiled over some two years from around the world.

The record opens with Simon Scott’s “Water Shadow,” a luxuriant piece of beatless ambience that’s like a wash of warm water or the first touch of the summer sun on your face after a long, cold winter. It’s a warmth that doesn’t last, though — “Ti Prego Memory Man,” by A Winged Victory for the Sullen, is no less beautiful. It’s a stately, alpine beauty, its chilly sounds a harbinger of things to come. Celer’s “Nothing So Mystical” is more minimal still, while Black Swan’s “Passing Heartbreak” brings whispers of humanity, its sound coalescing out of an atmospheric whirl of vocal textures.

The wryly titled “This Is Radio Sweden,” by Jim Haynes, is all brooding background noise that’s shot through with what sounds like an old-fashioned telephone engaged tone, a track that seems shot through with connotations of absence and loss. EN’s “White” is both somber and somehow transportive, setting plucked chords from what sounds like a banjo over a glistening synth figure, while Pjusk’s “Dorsk” slows to a sort of stasis, with only the faintest of basslines to indicate any sign of life. Fieldhead’s “37th” is like a slow, mindful from such a reverie, and Noveller’s “Bright Cloud Blooms” brings the cycle to a close with another brief flush of precious warmth.

As a whole, the compilation seems to follow a narrative arc, descending through a series of stages into near-complete stillness, and then slowly ascending back to where it began. As a whole, the experience is certainly evocative of the opiated sensation evoked by the record’s title — but really, it’s a compilation that invites you to find your own meaning in it, or simply to appreciate the beauty of its music and escape the world for a while.