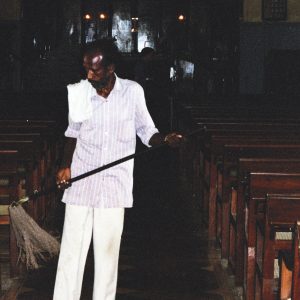 Track list:
1 Archival footage of the lost and forgotten
2 Without strings, fabric, or glass
3 Municipally, I let it slip
4 Cracks and an unpleasant scoffing
5 Peers and pulses
6 The energy to be freed
7 Thoughts ultimately of consciousness
8 Icicle sparrows of piano pitches
9 And rejected as ours will be

Fluid Radio
Scols is Celer’s sophomore. Originally released in 2006, and presented along with Sunlir as a limited edition 2 x CDR, Scols is a slow-burner, a forever-looping ambient/drone LP in which sustained tones drift, surge, and recede, and the music becomes soporific in its actions and swaying movements. It has aged remarkably well, and the recording has been left with its birthmarks intact, as some skips, clipping, noises, and other artefacts are preserved from the original recordings.

Continents came right after Scols. Both albums have now been remastered by Stephan Mathieu, and they shine a light on Celer’s music as it was still developing, and as a younger artist. And yet, listening back and being very much aware of his output to date, it’s clear that a special form of ambient was already blooming. Although remarkably prolific, there’s a steadying, consistent quality to Will Long’s specific blend of atmospheric, delicate ambient. Like a well-diluted drink, Celer’s music is lighter than most…thinner, one might say…which is down, in part, to his life in Japan, the Japanese lifestyle, and the nation’s specific style of ambient music, but lightness doesn’t equal a lack of depth, and his music goes deeper than most.

In 2020, Scols and Continents are still mesmeric, and they both offered more than a glimpse of what was to come. With the benefit of hindsight, and looking back on his extensive and impressive discography, it’s good to return and revisit the original foundation, to tread once again through the drones, cutting through the atmosphere, and to see the development of a young trail. Tonally, a beautiful continuity runs throughout Long’s work, a tonal tributary which has never run dry, veered off course, or outstayed its welcome. In fact, his music continues to remain fresh.

The ebb and flow of ‘Archival footage of only the lost and forgotten’ carries over to the rest of his work, and the ambient textures have something of a spectral quality, all wispy contours and transient vapours, a film noir scene from early Hollywood, but repeated over and over again as a heavy, slow-burning loop. Celer’s music is raw and young. At this stage, he was still developing his sound (when does an artist stop developing their sound? Does it ever stop?), and this, along with a stellar remastering, is what gifts the music a renewal of energy, and a fresh feel in spite of the 2006 conception.

Sometimes, it’s good to go back.

Musique Machine
Originally released back in 2006 Scols was the second album from one-man US ambient project Celer- Will Long, who now resides in Japan. It’s a nine-track affair that brings together a selection of drone works that move between gloomy spectral to simmering bleak. Here on Long’s own label, Two Acorns is a recent reissue of the album featuring a  remastering by Stephan Mathieu- the reissue is available as either a CD or digital download- we’re reviewing the DL- so can’t comment on the CD’s packaging

I think I first became aware of Celer’s work ten or so years back, and have always enjoyed what I’d heard- I’d not heard the Scols release before, and I must say it’s a lot more overtly stark & forlorn compared to his later work- that utilized slightly brighter tones & field recording details. Most of the nine tracks here are based around repetitively tolling and droning loops, I guess you can hear some comparison to the likes of William Basinski and Star of Lids – but the tone is a lot more glum, troubled, and creepy.

Each of the albums nine tracks runs between six and twelve minutes- we open with one of the longer & somewhat more positive tracks on the release “ Archival footage of only the lost and forgotten” here we find a slowly circular sweep and glide of a simmer amassed string tone & a lightly warming warbling element- this felt like a more slowed & regal take on something you might have expected to hear on Stars Of The Lid’s 2001 album The Tired Sounds of….. From here on things turn a lot less bright &  lightly glowing- we go from simmer & sinister spectral drift of “Municipally, I let it slip”, which at times has a grim almost dungeon ambient feel about it.  Onto the foreboding creepy organ meets gloomy gliding & hovering string loops of “Peers and pulses”, though to the malevolent almost metallic tinged post-industrial cold ambience of “Thoughts ultimately of consciousness”. With the album finishing off with the locked angular harmonic meets gently coldly jangling hover of “And rejected as ours will be”.

On the whole, Scols isn’t as approachable & instantly appealing as some of Long’s work- but each track is well-realized & composed, and if you in the mood for grimmer & gloomy drone matter I’d  say this will hit that glum spot.

Chain D.L.K.
Celer’s second album, originally released on CDR in 2006, has been polished up, remastered and given a smart CD release here. His third album “Continents” is getting the same treatment next month. Being a fairly recent convert to Celer’s work, both releases were new to my ears.

“Scols” is the very definition of what I’d describe as Will Long’s distinctive ‘Celer sound’, a series of subtly changing, slow sonic waves, synthetic and multi-layered, outlining a rolling landscape that’s not as simple as it first sounds, and running at a slow space that strongly encourages slow breathing and relaxation, but without any of the glibness that sometimes accompanies ‘chill out’ music. Opening track “Archival footage of only the lost and forgotten” sets out the stall quite clearly.

There’s a brightness and optimism to be found in pieces like “The energy to be freed”, but there is a fair abundance of various shades of darkness offered up here too. “Without strings, fabric or glass” has a hollow, sinister feel to it. Electronic buzzing sounds sprinkled over “Municipally, I let it slip” make it more uncomfortable somehow too, while “Thoughts ultimately of consciousness” takes a slightly more aggressive approach, relatively speaking. This is sci-fi, in a way that’s not your typical full-on dystopia, but where something somewhere is clearly not right- but sonically you’re being encouraged not to worry about it.

With its organ-like tones, “Icicle sparrows of piano pitches” is the only piece that alludes even remotely to the unusual choice of cover artwork.

It’s a predictable Celer work in some ways, but fans who lap up the artist’s prolific output, but who weren’t able to catch this on its first release fourteen years ago, will definitely enjoy this disc fitting nicely into the collection.