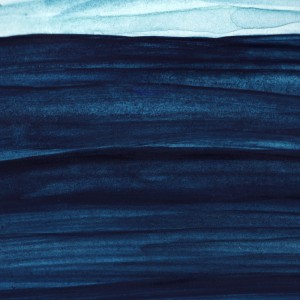 Release description:
Some records just barely nudge your consciousness, but they do so in such an intriguing manner that their tentativeness and ephemerality lure you in deeper than you expect. Such is the case with Overflow Pool by Mogador, a new project by Will Long. This prolific producer—who is best known for his profoundly meditative ambient music under the name Celer—favors the long-form, beatless approach to composition, as he lets his rigorously honed tones unspool with a gentle insistence.

Overflow Pool consists of three lengthy pieces full of lingering, aqueous chords that are spaced out by suspenseful lacunae. Each piece revolves around episodes of briskly struck piano chord clusters that are left to decay to near silence, for maximal contemplativeness. These are followed by a lower-keyed retort, as if to ground the listener and to keep her from getting overly optimistic from the preceding burst of Harold Budd-on-uppers tones. Similarities to Brian Eno’s Thursday Afternoon are also evident, as Mogador methodically doles out morsels of oceanic calm geared to align your chakras like some 21st-century Stephen Halpern LP. It sounds ideal for flotation tanks, deep-tissue massages, and general relaxation.

Long observes that Mogador differs from his Celer output “because it’s completely unprocessed. This is a pure room recording with no extra effects; only piano and reel-to-reel delay.” The Yokohama, Japan-based musician says that his primary aim with Overflow Pool “was to make something that doesn’t happen all the time—it’s so sparse, that it blends into the room. It happens so seldom that it’s easy to forget about. You just catch it here and there. That’s the feeling I wanted.” It’s a feeling that’s all too rare in modern music—peacefulness without sentimentality.

Vital Weekly
Never heard of Mogador? You might be right, as ‘Overflow Pool’ is the first outing of Mogador, and it’s a new project from Celer’s/Oh Yoko’s man Will Long, who is getting more and more active it seems. With Oh Yoko he plays some folktronic music and working as Celer he is probably best known, applying tons of processes to sounds to create a drone like based soundscapes and having released a large amount of works. As Mogador he also plays ambient but arrives at totally different results. The cover lists a Rhodes piano, Uher microphones and a Sony tape recorder, the latter to produce reel-to-reel tape delay and nothing else. The electric piano is played in a room, picked up by microphone and fed through this tape-delay. If you think ‘piano + delay = Harold Budd and Brian Eno’ then you’re not far off the mark. It’s what I thought, even without reading the press release. It comes perhaps without the added technology of Eno, as there is no reverb used, no colouring of sound, but then the tape delay system is of course entirely Eno-esque. Mogador plays it is in the upper region of the piano and let’s notes die beyond their sustain, and there is some fine crackle to be noted in between the notes, like some residue of magnetic tape flinging off the machine. Two sidelong pieces of this (plus a bonus in the download) of slow music, in which not a lot happens, but there is also not really a sense of endless and tedious repetition. Mogador spreads out his playing a lot, and leaves lots of room for the music to breath and fill up your space very nicely. It sounds very much ‘live’ and I suppose that is the whole idea of this music. You can play this soft and let it work your environment in a refined way and have it as a presence, or, as I did, a bit louder and enjoy everything that is happening the notes, as it never gets quiet with all sorts of fine crackles and tones. This is not like Celer at all, but you could see very well this having similar roots as the music he produces as Celer, but then at the opposite end of the same ambient coin. This is an excellent start for a new project. I am sure we’ll hear more of this.