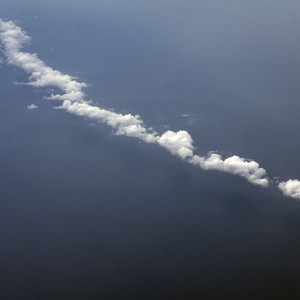 Side A
1 Distant Misgivings

Side B
2 The Potential of the Unnecessary

Release description:
Launched in 2005, Celer is a project of Will Long, an American musician, educator, writer and photographer, living in Japan, who also curates the Two Acorns label. Initially a duo based in California with Danielle Baquet, Celer has continued as a solo project since 2009 and has released music on numerous esteemed labels such as Baskaru, Spekk, and/OAR, Infraction, Streamline and many more. In addition, Will has collaborated on projects with Miko, Hakobune, Machinefabriek, Jan and Romke Kleefstra, Matthieu Ruhlmann, Yui Onodera and Christoph Heemann.

A decade into his recording career, Celer arrives at the shores of the Los Angeles based label I, Absentee, for the remarkable new full-length, “Jima.” The album contains two pieces, each occupying an entire LP side, on one side plunging into the depths of the conscience, and the contrasting flip side a blissful crescendo. It stands as a jewel in the prolific career of Celer, showcasing an artist at the height of his craft. Meticulously assembled and packaged at the highest quality possible by both artist and label, it is presented as a meditation on existence and melancholy.

“Jima” arrives at I, Absentee as a limited edition LP, with the first 100 units on sea blue vinyl and the remaining 200 on milky clear vinyl. Limited edition of 300 copies worldwide.