Celer – I Wish You Could 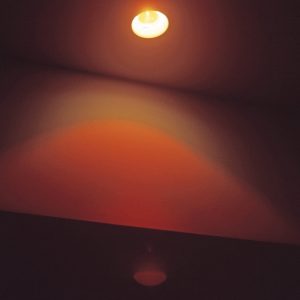 Track list:
1 Everywhere I Go, You’re All That I See
2 Wishes Would Be Grand If Only They Came True

Release description:
Side A
Sit down, put your arms out, and lean your head back. Your neck rests on the black leather of the couch, and warm sunlight only comes in if you open the windows. Marble angels watch over you, and the lights can stay low. While you’re sleeping, I can’t imagine that you’re dreaming at all. I took photos of the curtains, and waited for what seemed like hours for you to wake up. I couldn’t sleep at all, just sitting under the lights. I’ve dreamed of this moments we’ve had. Every interpretation is simplistic, an expectation that you can find some whole in something so thin. Even the thinnest knives can cut deeply. Dreams that love can be the solution, that I’ll find everything here, no, everything there. Maybe next time everything will be perfect. I’ll stop burning inside, I’ll stop wanting everything to change. I’ll be happy, I won’t need anything. But I keep wavering, esurient and waiting. You search for love, all you need is love, and all you have are memories.

Side B
Suddenly looking out over the cliffs of a coast, sunglasses and a car by the side of the road, the ocean doesn’t end. The sun burns my face, dust on the gravel road seems to move in the breeze, and the face of the ocean seems as a blue plate. I swam above the hairpin bends, and waited on the floating platform. I knew you’d show up. You were even early. My hair was more grey, and your college days made you look happy. I smiled hearing all about your days with friends, reading these books you passed me over the cafe table, remembering the smell of the pages from our home library. You mentioned it too. I know you’ve grown up to be the same as me, and we only smile, and see it in our eyes. Outside, the shuffling plates and silverware are only background noise. Birds are nearby, staying shaded in the trees. They’re always singing the same song.

Two stories by Will Long, October 2018

Vital Weekly
Two long pieces by Celer, thirty-three and thirty-four minutes each. Along with this Will Long send two short stories, of which I am not sure if they are available for anyone else to enjoy. Both deal with sleeping and dreaming (and remembering) and it sure fits the dream like music. As almost always I have no idea Celer made all of this. Sometimes I think it is all very much based on computer-processed sounds, but then sometimes I have the impression it is tape-loop based and perhaps all analogue. For these two pieces I was thinking about a synthesizer, which is set to playing a repeating phrase over and over again. On ‘Everywhere I Go You’re All That I See’ this phrase seems to be shorter than the one on ‘Wishes Would Be Grand If Only They Came True’. As I reviewer I am of course supposed to stay awake and pay all the attention so I can say ‘ha, this doesn’t change at all’ or ‘while you think it doesn’t change, it does’ but as I was suffering from the Friday afternoon blues and have no drinky time with my office colleagues (that’s by the way no complaint), I set back in my comfy chair, and drank some coffee; I tried to figure out if it was raining and if I should go out if it does. I believe I fell asleep for a brief moment, which may or may not be seen as a compliment to Celer. Personally I don’t subscribe to the whole ‘music while you sleep’ ethic; music for me is to be heard. But I woke from this hazy state of half sleep and Celer’s cassette was on repeat and at some point in time I had no idea if I was playing the first or the second side, and also not really for how long. Sometimes I lost track of time there, but it was a slow afternoon anyway. I decided to let it continue for some more and write some words. Maybe these, maybe others.

Drifting, Almost Falling
Celer aka Will Long is one of the most prolific and well-known ambient artists of the last decade and a half. Based in Tokyo he has released a plethora of music visa imprints such as Home Normal, Infraction, Spekk, Dragon’s Eye Recordings and his own Two Acorns label.

This release clocks in at just under Sixty-seven minutes in length, with both tracks clocking in at over thirty-three minutes each.

Long is a master at creating large-scale pieces that work with tectonic plates of sound gradually moving over each other, slowly changing texture and color and before you know it you are drawn in by the hypnotically repetitive nature of the music which calmly washes over you and draws you in.

Of the two tracks, “Everywhere You Go You Are All that I See” and “Wishes Would Be Grand If Only They Were True”, I lean towards “Everywhere…” as my preferred piece. Maybe its the older I get that I become more attracted to music that evokes a sense of calm in me. I find that music that has a grating quality no longer registers with me than music that is conducive to being absorbed easily. Musically like Basinski’s slow form repetitive loop works “I Remember…” has a hazy, melodic, glacial, lush essence which relaxes the listener. The noted quality is it could possibly send the listener to sleep, such is the gentleness. It’s when you listen deeply to it that you notice the subtle changes throughout that may be easily overlooked. There is a wind soaked ambience, synth drones and an orchestral feel to the music that lightly ebbs and flows.

The flip side “Wishes Would Be….” while having melody is more on the ghostly, slightly cold, drone side of things. The repetition and loops are also there, but are more truncated, while a long linear drone runs through the center of the piece. There is a slight desolate, industrial like quality to the track, as if it’s the dying embers of a factory. It makes sense that the two tracks are split by sides on a cassette as they are like flip sides of each other. For as much as they share together, they are also very different beasts.

Toneshift
It is virtually impossible to consider any work by Celer in complete isolation, such is the omnipresence of his musical output. With over 100 releases spanning a period of 15 years, there is some inevitable crossover between each work, and the composer has concocted such a defined and personal sonic tapestry that his name alone conjures up a highly specific ambient tableau. In the case of I Wish You Could, however, such pre-emptive expectations are somewhat collapsed by a work that both invokes and exceeds any prior understanding of what a Celer album might be.

The album can be summed up in a single word – sparse. It is without doubt music for sitting alone to, a work of such solitude and fragility as to have a tangible effect on the attentive listener. That it draws upon the fairly well established oeuvre of William Basinski or even Leyland Kirby, is clear, perhaps more so than on any previous Celer album, despite such comparisons having been made in the past. It is an album that explore repetition with an almost Deleuzian finesse, not so much replaying its limited motifs as reframing them across time, and in turn denying the listener anything other than an active, co-constructive role within the composition.

The opening track, ‘Everywhere I Go You’re All I See’, stretches out less than 10 seconds of material to over 30 minutes, with very little – if any – indication of change. Celer provides no structure, no narrative, just that same repetitious phrase over and over again for what feels like a minor eternity. As a listener, the effect is phenomenal. Without registering any sonic difference, I can feel the piece mutate and grow, with unexpected overtones seeming to emerge vicariously before me, leaving me utterly unsure whether I am entirely imagining the subtle drift that constantly tugs at each repetition, the claustrophobic, inexhaustible fog that clouds both the music and mind. The relationship between the memory and the auditory is made resonant by the loss of any punctuation, any moment that might tie the listener to a specific spot – I find myself drifting in and out of consciousness, unable to focus on the piece and in doing so allowing it to colour the lived experience of being as I oscillate between the everyday and the disparate, disjointed recollections that the work digs up. Put simply, change is not experience as a property of the music, but as a property of the listener, made present by the sonic world in which they are immersed.

Whilst I have enjoyed Celer’s work in the past, I Wish You Could stands out for its refusal to adhere to even the limited narrative form present in many of his other works – there is no beauty here, no invocation within the music itself, only the cold and immovable residue of a composition to which the listener holds no access, an almost clinical phantom affect that is utterly mesmerising. Whilst the second track, ‘Wishes Would Be Grand If Only They Came True’, follows the same model as the first, it is no less effective, offering a faintly punishing journey that feels the ‘easier’ of the two works by virtue of the fact that, roughly 15 minutes in, the listener can detect a moment of actual change in the form if a slightly accented lower frequency that momentarily raises itself above the otherwise static parapet.  Resonances emerge and dissipate without grandeur, providing not so much a background for other, more pressing activities, as an immersive event, an encompassing nothingness cast in start opposition to the hyperactive flux of modern life.

As an album of so little resource, it is almost easier to discuss what it is not – it is neither a careful study of frequency  nor an exploration of timbral development, neither a structured narrative nor a formless drone.  Rather, it is in every sense a signifier of presence, a work that relies fundamentally on a collaboration with its listener and that, in doing so, assumes a state of attentive listening that it simultaneously exhausts. It is not a composition as such  – it is a constant search for difference.  Whilst on the surface at least, I Wish You Could may seem less beautiful, less expansive,  than some earlier works, this is only because such terms suggest a musical capacity the album not so much omits as transcends – it may not be beautiful in any traditional sense, but it is beyond doubt an example of Celer at his most affective.

Part-time Audiophile
It’s so rare when someone delves deeply into this realm and comes up with so much from so little. I still adhere to the adage that Not Boring is the highest honor you can bestow upon ambient drone and Celer have consistently held up the highest standards within this most difficult to pull off label. I Wish You Could is two 30 minute cuts. “Everywhere I Go, You’re All That I See,” is one of those sublime cuts I’ve found myself putting on repeat and just letting it play two or three times through, until I decide it’s time to emerge from this dream and reenter the world.