Celer – Epicentral Examples of the More or Less 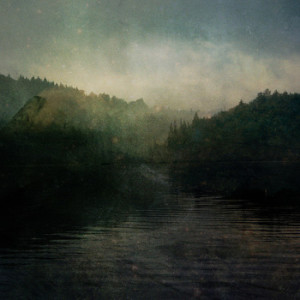 Track list:
1 Motionless At Lake Underhere / Losing Funnel / Whirlybirdy / Entrancing Entrenchment / Midnight On The Streets Around The Pointed Towers Of Gading Kirana / Lazy Beauty
2 Layered Where I Can Listen Closely / Backseat Fadeout / An Infinite Blast Of Icy Air / Delayed Jitterbugs / Sampoernas Rising In The Heat Of Summer
3 Fill Your Light With Lessness / Untitled / Guilt As A Return To Melancholy

Release description:
Celer is the solo ambient project of sound artist Will Long, who works out of Tokyo, Japan. He is well known for producing dense, emotive creations that are never lost in the gloom of myriad other ambient releases, due to the remarkable delicacy of each layer of sound in his pieces, which never become overwhelming or too drawn-out to to sustain their initial emotional content, as is so often the case with many extended ambient compositions.

Indeed, the thought that goes into Celer releases is evident from the incredibly detailed titles that Long has given to each of the three tracks on Epicentral Examples of the More or Less, with each small portion of the title being relevant to an individual phase within each overall track – an arrangement choice which is made, on listening, into a feat of compositional skill, due to the fact that the tracks, even when starkly cutting between samples of reversing tapes, field recordings, and Celer’s trademark throbbing, glowing drones, at no point ever sound merely like a compilation of small pieces.

Rather, the album remains cohesive overall, and whilst at points the listener is met with surprises in the form of phasing waves of bright sequencers – a sound that many would never have imagined Long using after listening to releases such as Evaporate and Wonder – or even acid-house synth waves on Fill Your Light With Lessness from the third and final track – Epicentral Examples of the More or Less retains the genuine emotive content that has become a cornerstone of Celer releases, coupled with a creative talent that leaves most contemporary ambient music dead in the water.

Cyclic Defrost
There are some surprising inclusions cropping up in the three long-form compositions of Epicentral Examples of the More or Less, the latest from Will Long’s Celer, and it’s to his credit that they so artfully compliment the lengthy drones that dominate these pieces, and the longform ambient idiom in which Celer operates. For much of the set we’re in familiar territory: sustained warm hiss, washed out haze, hints of resonant industrial gloom, and the pervasive and expected continuation of these tropes makes their disruption all the more surprising.

Most unusual and unexpected are the looped chords of bright synths which introduce the final ‘Fill Your Light With Lessness / Untitled / Guilt As A Return To Melancholy’ (all pieces are similarly titled), a rhythmic phrase which could signal the beginnings of a peak time Innervisions number. These fade to reveal a snatch of film noir dialogue, a man highlighting a woman’s vulnerability, before lapsing into a familiar swathe of granular waves, pitched between Caretaker misery and Pop Ambient pleasure. The former tracks play with similar shifts in tone and approach, less dramatically: ‘Motionless at Lake Underhere…’ shifting subtly from blurred gauze and warehouse clang; ‘Layered Where I Can Listen Closely’ moving from a choir of squeaking chipmunks through to purring walls of gentle feedback. I’m not sure what these fractured structures imply but they keep you from nodding off, which may be what some listeners seek from Celer releases.

ATTN: Magazine
In a sense, Epicentral Examples Of The More Or Less feels like Will Long lifting the ambient veil just a tiny bit. Tightrope was the last Celer release to grace ATTN’s review pages, consisting of 24 tracks stacked and assembled into a solitary 70-minute work – an eclectic palette of sound sources (crackling fires, medicine drip buzzers, the eating of ice) melted down into a mercurial ball of drone inspired by a recent trip to Tokyo, turning a set of distinctive memories into a hazy swirl of lost voices and pulsing colours, like the words of a travel diary condensed into one fluid sigh. With Epicentral…, movements between time and location are granted distinction, and the listener can feel their sonic environment undergoing drastic mutations during the cross fades from one section to the next: the sound of choral voices whizzing through a concrete underpass becomes an excitable chatter of laughing voices lost within traffic noise, which in turn finds itself encased within a murky, somewhat ominous synthesiser chord trapped with a rising, falling tidal exchange.

If Tightrope was the sense of collapsing completely into the subconscious, Epicentral… consists of momentary lapses and sudden awakenings from dream state. Much of the material here follows a track that will no doubt ring familiar for Celer frequenters, with thick washes of reverberant synthesiser undergoing constant, steady tonal rotations – an ambient cradle of sorts, rocking the listener back and forth until a blissful calm begins to seep into the pores. But for those listeners that have yet to hear Long emerge in sharp, dazzling detail in the foreground, many sections of Epicentral… can be somewhat startling. The opening moves of the third piece offer a perfect example: just as a melancholic stream of murky drone slips into silence, a warbling, shimmering chord progression comes shoots out of it, wafting a bright and brash synthesiser tone right into the face of the unexpecting listener. Even the most blunt transitions are never carelessly choreographed though, and while modulating stasis is already well documented as one of Celer’s core strengths, it’s fantastic to see that Long is equally as capable when working with a more diverse set of sound blocks.

Boomkat
Tranquil, kaleidoscopic ambience from Will Long’s Celer, originally issued as a super limited CDr. ‘Epicentral Examples of the More or Less’ expands and contracts between a number of shorter signposts – field recordings, spiralling arpeggiated bliss-outs – and longer tracts or meditative drone guiding us through the mists of 14 parts segued with subliminal grace. It was recorded between summer 2010 in Jakarta, Indonesia and August 2011 – July 2012 in Tokyo, Japan, where it was also mixed at Tatami Studios.

Foxy Digitalis
One of Will Long’s most delightfully active releases to date, Epicentral Examples employs all manner of sound effects–cavernous reverb, rewinding tape, snippets of old-time film dialogue and natural field recordings–to adorn its otherwise typical glaciers of amorphous drone. Of course, where Celer is concerned, “otherwise typical” is still better than a lot of what we’re hearing from today’s ambient artists; even better is the loving care Long clearly puts into each new release, given the sheer number of them he puts out each month year. Epicentral Examples has enough yawning chasms to satisfy longtime fans, but it also features plenty of other elements which make it a great place to start for those new to Celer’s music.