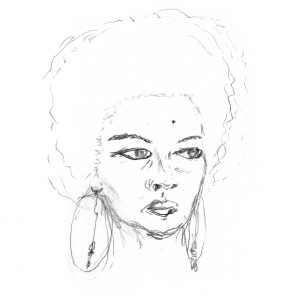 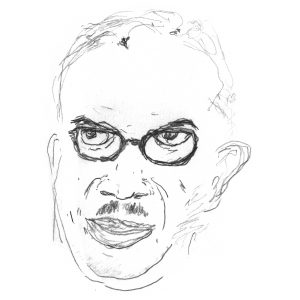 Press text:
Second in a series of three releases, a 45 Minute doublepack featuring some of the most engrossing House music you’ll likely hear this year or any other…

‘Purple / Blue’ in Juno Plus

In a recent Resident Advisor documentary on The Black Madonna, she had this to say: “Any of us that are lucky enough to be a part of underground dance music, we do have a responsibility to share certain values about race, class, gender, economic equality, everything. All of those things are built into dance music.” Anyone who knows their dance history understands the fundamental principles of unity and inclusivity which clubs and their music once promoted. But looking around at today’s scene, only a handful of artists are still carrying the torch.

One musician who hasn’t forgotten the politics of dance is Terre Thaemlitz, aka the much-loved DJ Sprinkles. In her seminal album, Midtown 120 Blues, Thaemlitz used the deep house template to critique club culture, packaging an important message in a format that would deliver itself to the right people. Since then her work has dealt with many subjects, from Japan’s notorious club legislation to the informational overload of the modern age, embracing the philosophy that the medium is the message.

The latest project on Thaemlitz’s Comatonse label hands the reins over to Will Long, an American producer who now, like Thaemlitz herself, lives in Tokyo. Long isn’t known for his dance productions, previously putting out ambient and experimental works on labels like basic_sounds, Further and Absence of Wax. His take on dance music owes much to the work of Thaemlitz, composed of the same drifting chords, spare rhythms and dissociated vocal samples that made up much of the aforementioned Midtown 120 Blues.

Where Long’s work steps away from Thaemlitz’s is its minimal, durational structure, presumably born from a mind used to crafting ambient soundscapes. Both of Long’s original tracks stretch to around ten minutes, suitable for only the most heavy-lidded dancefloors. “Time Has Come” leads with an ultra-stripped beat, gaseous synth notes swelling and blooming like clouds. The vocal snips, straight out of the Sprinkles playbook, encourage major action, even revolution, but the precise goal is lost. Set adrift in the misty arrangement, they seem to symbolise the lost voices of those who used this music to seek change. Sprinkles supplies a typically classy ‘Overdub’ to the track, bolstering it with a beefy low-end wriggle that makes those ten minutes slip by all the quicker.

The B-side’s “Chumps” takes a similar approach to the first, just with a more muscular, ticking rhythm. Yet making an important statement does not necessarily mean great music, and it’s here that DJ Sprinkles steps in to unify the two. Her “Chumps Overdub” is easily the most beautiful thing on here, the vocals filtered so they trickle like water, a scything horn sound adding a hint of drama in its own timeless, bittersweet fashion.

Long’s melancholic critique of our culture of empty words, of ‘hope’ and ‘now’ and ‘future’, is a point eloquently made in his two productions. They’re meditative, minimal slices of house that reward interpretation and deep listening, swimming against the current to show that more isn’t always more. But it takes the guiding dubs of DJ Sprinkles to bring out the pure beauty latent in these sounds, without ever sacrificing the message in the music. “We’re not making progress,” the sample points out bitterly, and perhaps it’s true. But if we examine this idea, conveyed through such mesmerising music, we might be able to start again.

Terre Thaemlitz, aka deep house persona DJ Sprinkles, isn’t one to mince around with appealing to the masses. The latest release from Thaemlitz’s Tokyo based Comatonse Recordings sees the label debut of Will Long (aka Celer) with his ep ‘Purple/Blue,’ and it’s described almost as a challenge to the empty and repetitive trends of deep house music. Forgetting the politics, it begins a series of three vinyl sets entitled ‘Long Trax,’ with two extended minimal productions from the usually experimental Long, accompanied by two soulful overdubs at the hands of Sprinkles.  The simplicity of synth chords, percussion and sampled vocals in a1 ‘Time has come’ are welcoming, however Sprinkles’ overdub of ‘Chumps’ on the reverse is the standout track of the release. Fluttering strings and wobbly effects make it feel as if your head’s been punted into space; altogether producing an ambient record as fit for the dancefloor as any ever heard. We’re waiting eagerly for the second offering come September 8th.