Never heard of Mogador? You might be right, as ‘Overflow Pool’ is the first outing of Mogador, and it’s a new project from Celer’s/Oh Yoko’s man Will Long, who is getting more and more active it seems. With Oh Yoko he plays some folktronic music and working as Celer he is probably best known, applying tons of processes to sounds to create a drone like based soundscapes and having released a large amount of works. As Mogador he also plays ambient but arrives at totally different results. The cover lists a Rhodes piano, Uher microphones and a Sony tape recorder, the latter to produce reel-to-reel tape delay and nothing else. The electric piano is played in a room, picked up by microphone and fed through this tape-delay. If you think ‘piano + delay = Harold Budd and Brian Eno’ then you’re not far off the mark. It’s what I thought, even without reading the press release. It comes perhaps without the added technology of Eno, as there is no reverb used, no colouring of sound, but then the tape delay system is of course entirely Eno-esque. Mogador plays it is in the upper region of the piano and let’s notes die beyond their sustain, and there is some fine crackle to be noted in between the notes, like some residue of magnetic tape flinging off the machine. Two sidelong pieces of this (plus a bonus in the download) of slow music, in which not a lot happens, but there is also not really a sense of endless and tedious repetition. Mogador spreads out his playing a lot, and leaves lots of room for the music to breath and fill up your space very nicely. It sounds very much ‘live’ and I suppose that is the whole idea of this music. You can play this soft and let it work your environment in a refined way and have it as a presence, or, as I did, a bit louder and enjoy everything that is happening the notes, as it never gets quiet with all sorts of fine crackles and tones. This is not like Celer at all, but you could see very well this having similar roots as the music he produces as Celer, but then at the opposite end of the same ambient coin. This is an excellent start for a new project. I am sure we’ll hear more of this. 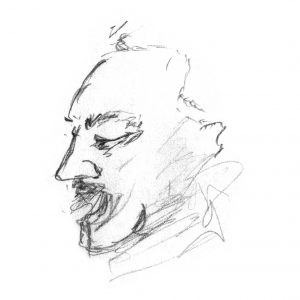 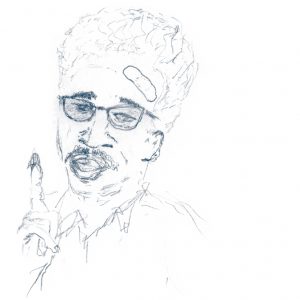 After reviewing a fair portion of the music of Celer, I still haven’t caught a live concert by them. This new
album is a documentation of Will Long’s European tour in 2013, when he played in the UK, Germany,
Switzerland, Poland and Russia. It was mixed between 2013 and 2015. Three short pieces are used as
interludes and six pieces make up the main album, which lasts, sadly, only thirty-eight minutes. Here we
have everything we like about Celer; the sustaining sounds, the refined ambient approach and still we have
no clue what the hell it is that Celer does. That of course is my bad; because as said, I never saw him play
live. I would think that much of what Celer is laptop generated and therefore (I might be wrong, I am the first
to admit) also in concert a laptop act. But what’s wrong with that? Or why would I even bother about that?
I shouldn’t. I was lying on the couch for a while, having this music on repeat (which seems I do whenever
something new from Celer drops in) and I wasn’t doing much else. I would say that it is exactly what this
music should do. Evoke a state of nothingness and that is something that Celer does very well. Another
beautiful release.