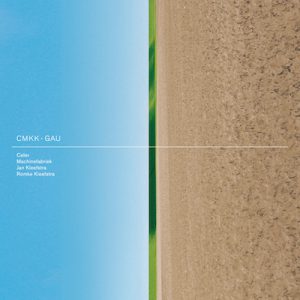 In March of 2012, nearing the end of a tour together through the Netherlands and Belgium, Celer, Machinefabriek, and Jan and Romke Kleefstra gathered in a country studio, spending an afternoon improvising to record Gau. Recorded by the old hardcorerocker Jan Switters at the Landscape studios in Gauw, situated in the countryside in the midst of Friesland, the place was surrounded by green fields with idle tractors, few trees, buzzards and only massive farmhouses dotting the horizon. From the almost four hours of original studio recordings, later mixed down in Rotterdam by Machinefabriek, this somewhat more then 40 minutes, titled Gau, represents the highlights of an afternoon, with coffee and orangecake, in the isolated Frisian countryside. Gau is a Frisian word that means in a hurry or fast, but is also the Frisian notation of the village name where the studio is located.