‘I, Anatomy’ in Touching Extremes

This 2-LP edition, its cover graced by Christoph Heemann’s proverbially masterful artwork, features previously unheard materials and the reissue of two preceding shorter works, meant to belong in the same sentence as they do now: All At Once Is What Eternity Is and The Die That’s Caste, originally published by Taâlem and Con-v respectively.

I, Anatomy deals – as the large part of Will and Dani Long’s output does – with reminiscence, in a form or another. Snippets of actual conversation, brief extracts from movies and field recordings are interspersed to instrumental excerpts that mostly use ebbing and flowing cycles to conjure up impressions of solitude similar to the ones experienced when one feels misunderstood and unsought, typically by the object of a hopeless love. Halfway through a William Basinski/Keith Berry hybrid and the finest typology of modern ambient, most of these acoustically concordant caresses hide strange species of resonance under the evident quietude: listen carefully and you’ll notice unusual suspensions of frequencies lingering amidst the poignancy of the ad infinitum looping sections.

The reissued tracks connect us to analogous psychological spheres, mainly linked to the awareness of human limitations. The climate may occasionally result a little ominous, especially in TDTC, whose meshing of subsonic elements and superimpositions of blurred tones acts as balancing constituent against the scarce motility. The desirable volume for the entirety of this release should remain in the medium-to-low range, for the sounds generated by Celer possess that modicum of self-shaping inscrutability which does not require anything but silence and inner predisposition to cut through our explorations of the soul with blade-in-butter effectiveness.

‘Without Retrospect, the Morning’ in Dusted Magazine

The cold gets inside you. I’m not saying this to provide seasonally appropriate dressing tips; instead, I’m writing about the way that landscape and climate can begin to influence the art produced under certain conditions. On a trip to Reykjavik years ago, I noticed that paintings of mountains seemed to be their own genre in Icelandic art, to the point where more contemporary artists seemed to delight in tweaking the form, stacking unexpected objects into similar forms. Music is no different. Consider that feeling of insignificance one gets in the face of certain sprawling, frigid landscapes — equal parts awe and dread. It’s something that the composer John Luther Adams, based in Alaska, often taps into; Loscil’s coast / range / arc had a similar trajectory. Given that Celer’s Without Retrospect, the Morning was recorded in icy landscapes in southern Alberta, Canada, you might have an inkling of what to expect.

The third part of a group of works focusing on water, Without Retrospect, the Morning often features a naturalistic quality. The seven pieces heard here never sound rushed, and their progression is stately. (I’d use “flowing,” but that seems a bit too metaphorically apt.) Much of the music is constructed from drones, some of them running in parallel, others keening out of an atmospheric mass. “Distance and Mortality” evokes the sight of light on the horizon, of a new morning — though, given the title, it isn’t entirely clear if that light signifies a new day or the end of a life. “Dry and Disconsolate” slowly unfolds, brighter tones emerging from a more dissonant base. And “With Some Effort, the Sunset,” which closes the album, does so on an uncertain note, a hesitancy in the face of something overwhelming.

Without Retrospect, the Morning sits precariously between ambient work that unsettles and ambient work with more bliss-inducing ambitions. Its role as a kind of sonic meditation on certain qualities of a certain substance does hit a certain intellectual sweet spot, though listeners coming to it cold might not pick up on that. One could write for pages about that question of context — if you’re encountering this album on, say, Celer’s Bandcamp page, which contains abundant information on its recording, your experience may be different. But regardless of how Without Retrospect, the Morning is experienced, its pensive qualities may well induce a similar mode in the listener. 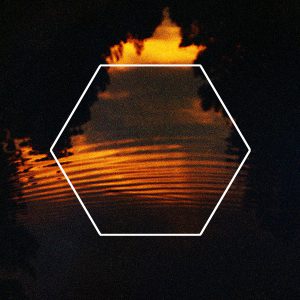 New collaboration with Hakobune out on cassette now from Chemical Tapes. Edition of 75!

I almost missed them entirely, but something appeared on my screen in late January, and within 5 minutes I was transported to a perfect sunny day, in the middle of a gently rolling sea, on a reach in a sailboat, and to a sonic warmth that dissolved the doldrums of my winter reality.  It was Diving Into The Plasma Pool, the latest (and I think last) of the five part Black Vinyl Series by Celer (Will Long).  For whatever reason, I missed parts 1 through 3, but as soon as I heard a sample from Resting On Intensity (Side A), I looked to see if there were other LPs still offered—and indeed, Part 4 was (and is) still available.  Part 4, An Immensity Merely To Save Lifestarts a bit darker with Of My Complaisance (Side A) and then softens with Gusts of Hysterical Petulance (Side B).

The subtle enmeshed loops of Diving Into The Plasma Pool flow like Debussy’s Nuages and yearn (although more gently) like Nicholas Szczepanik’s Please Stop Loving Me—they are waves that crest, hold onto a pleasurable edge and then dissolve.  The chords and sounds are right in my sweet-spot.  But enough from me; just listen—better yet, buy one or both of them.  They’re gorgeous, full and resonant—simply magical.

‘Seashore’ in Everything is Chemical

Back in 2008 (the year EIC began) a little known Japanese artist named Rie Mitsutake release her debut album under the moniker Miko. It was the best thing I heard that entire year, and to this day ‘Parade’ still gives me shivers in all the right places, seriously though the spiritual connection I have with this album is unearthly. Flash forward 5 years later (EIC is still here;), a second LP, a few guest contributions, and now this; (her latest) split project with non-other than (Ambient legend?) Will Long (aka Celer). I have a few Celer releases which are very warm-Ambient-gorgeous, but I’ll be honest he’s quite the prolific artist so I haven’t even really begun to absorb everything he’s been apart of. But from what I’ve heard.. Miko + Celer  = a match made in heaven.
I never review singles, but when one comes along that is so (super) special I certainly feel obligated. Oh, Yoko’s, debut release/single “Seashore” is astonishing, nostalgic, pretty, inviting, and forward thinking. As you know, I love Shoegaze/Dream Pop music, (now hold on) I’m not necessarily saying Oh, Yoko is “Shoegaze”, and/or “Dream Pop”, but this single reminds me of a certain specific-classic release.. Slowdive fans, you have ‘5 EP (In-Mind Remixes)‘ right? For those of you that don’t own this release; ‘Seashore’ reminds me of that album, which is quite perfect in my opinion. The mood is very sensual, slow, colorful, inviting, warm and sleek sounding. Will recorded some Ambient music and sent it to Rie, Rie added vocals, guitar, piano, and even her cat joined in (listen for the meows, they’re pretty adorable.)Track one, the original version, is slow moving with a bit of a ghostly beat behind it, “ghostly beat” meaning there is no beat, but you sense/hear something underneath breathing and moving. Rie’s voice is as gorgeous as ever, her minimal guitar plucks & enchanting piano melodies all so perfect on this release. Seriously, listen to this (you’re in love now aren’t you?). The instrumental take is even good, and I’m gonna be honest, I usually found instrumental versions usually kind of “blah”, but this one..so good! And then track 3, this remix is KILLER. This track is the one that reminds me of of something I already loved & admired, ♥ this track. All the same song, but each version feels like something completely new/different. Please just trust me, you should go buy this.
You need this in your life (Perfect for anyone in need of relaxing..).
Standout Tracks: Um.. all.
9/10
Link

‘Without Retrospect, the Morning’ in Musique Machine

To call Celer, the now one-man project of American sound and visual artist William Thomas Long, prolific would be an understatement of sorts. At the time of writing, the discography on his extremely professional-looking webpage (www.thesingularwe.org) contained no less than fifty-five label- and thirty-three self-released items. Considering the first of those came out a meagre eight years ago, we’re talking an average of almost one release a month. It’s simple, if sheer quantity had any intrinsic value in the realm of artistic expression, the 32-year old Mississippi native would be up there with the best.

‘Without Retrospect, the Morning’ is the third and final instalment in a water-themed trilogy which includes 2008’s ‘Cursory Asperses’ and 2009’s ‘In Escaping Lakes’ (both released on Japan’s Slow Flow Rec) and documents the time spent by William on a photographic and survey mission in South Alberta, Canada, back in the winter of 2009. Armed with two open reels and a box of old tape recordings, he set about cutting and pasting the material he had brought along, mixing it with field recordings of ice, snow and wind collected from his wintry abode. After lying around for a couple of years, the tapes were finally mastered in Tokyo, where William had in the meantime re-located, and released in December of last year by Italy’s Glacial Movements, home of all things cold and arctic, a natural choice indeed.

What firsts strikes the casual listener is how inexplicably low the album has been mixed, which renders it all but inaudible to those not equipped with a good pair of headphones. Granted, the crystalline nature and assumed fragility of its seven songs demand, command even, a certain level of refinement and delicateness but having to stretch one’s ears to actually hear the material is taking things a bit too literally. When, a couple of minutes into the record, sounds finally start to emerge from the mists of one’s subconscious and coalesce into intelligible patterns, they do so with ethereal parsimony, threatening to dissolve into aural nothingness at any given moment. Mostly based around little more than a tenuous string of mid-range frequencies and devoid of any real chromatic progression, they seem to simply float around without ever truly dropping anchor into one’s psyche.

If water is being evoked at all on this album, it is always in its frozen and vaporous guises. Listened to in the right frame of mind, ‘Without Retrospect, the Morning’ does a fine job at evoking the kind of pristine and hushed atmosphere which one equates with snow-covered expanses when the rays of the sun slowly begin to pierce through the milky veil of the morning fog. Forget the (admittedly gorgeous) cover art and liner notes for a moment, though, and you could easily come up with another ten or so equally valid explanations as to what the sounds – and I use the term loosely – mean to you. It is almost as if one’s imagination kept bouncing off patches of black ice while vainly attempting to make sense of what it (almost) hears.

For all its suggestive qualities, ‘Without Retrospect, the Morning’ more often than not comes across as being low-key and non-eventful for the sheer sake of it and one never gets the impression that the artist is actually trying to share something with them. Coming from someone who could listen to the whistle of a boiling teapot for hours on end, this is saying a lot. I am positive that William has a clear vision of what he is actually trying to achieve on an artistic level (the quality of his photography attests to it) but for fifty-two defiantly hermetic minutes, Celer’s opus feels like listening to someone talking to themselves. Which might work a treat in this increasingly voyeuristic society but left this reviewer untouched.