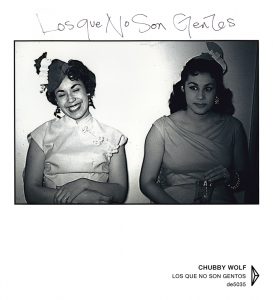 Chubby Wolf’s Los Que No Son Gentos will be released from Dragon’s Eye Recordings at the end of the month. It is an edition of 200 copies, and will ship June 24. Pre-order is available now.

Within each piece of art is rolled a history; an undercurrent of unknown mystery, influences of defined desires, and outcomes that give new meaning to the intent. Los Que No Son Gentos may display most of all a misleading mystery that is incapable of certainty, yet honest, and defenseless.

Like many Chubby Wolf albums, there are certainties. Danielle was careful about ensuring titles were appropriately placed, recording locations and instruments were listed, and photography was specifically chosen (in most cases). Yet, always there is mystery closeby. All these materials were simply placed on the bookshelf after completion, stuffed in a random book, or shoved in a drawer full of bank statements. There is no explanation of why the album was made, what the inspiration was, nor were there even efforts to send it out to be released. It was created, completed, and on to the next thing.

Dragon’s Eye Recordings is pleased to present Los Que No Son Gentos as is, just as Danielle left it.

Thank you for your support, 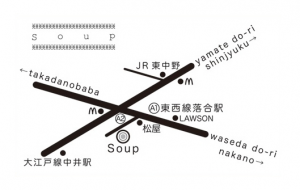