Posts from the Rangefinder Category

‘Night Ride’ in Tome to the Weather Machine

Will Thomas Long is the name associated with the synth explorations found under a new guise called Rangefinder. It might not be a household name per se, but TOME-followers and/or ambient music obsessors might also know him from the more-commonly associated nomenclature, Celer — an act many, many releases into an impressive career, most-recently landing on tape with something of a stunning masterpiece for Constellation Tatsu. (which Nathan is STILL borrowing by the way *shakes fist.) But of course here we have a different beast altogether; if Celer is a sound that can be defined by it’s wallowing ambient beauty, lakes of synthesizer made for a nice relaxing bath, then Rangefinder pulls the cork at the bottom of these bodies of liquid synth and let’s that water flow… fast. Of course, there’s no real tempos to be associated with this music, no beats-per-measure, and really there’s no measures. So how can we describe this music as being fast? How does Long create the illusion of rapid motion with such a sweeping, blinking blanket of tone? We often discuss ambient or drone music in terms of its ability to move, its inherent forward motion, but when it’s a slow-feeling piece, somehow that doesn’t seem quite as remarkable of an observation. Therefore, Long is treading on new ground with this his approach here, the synths themselves and their thrumming instabilities, shuttering arppeggios and chords, feel like they are travelling at warp speed. This is a new kind of ambient music, bracing and arresting, packed with inertia and soaring through the cosmos. Long lays out several chord progressions which succeed through boiling, bubbling strokes of Major and minor intervals, sometimes plunked out on a piano or danced out of what sounds like an organ made from laser beams. The sheer variety of textures, not only across the breadth of this breathtaking tape, but within individual tracks themselves, is a thing to behold; notes sound like they’re coming from buzzsaws, bows, strings, plasmas, fireflies, pools of blood, solar flares, amoebas, brain waves… and each note arrives as an unstable, pliable thing. Heavy vibratos, tremolos, tones squeezed and stretched to the max, and of course general reverberous and distorted effects are carefully chosen for each to keep the listener guessing, nerve-endings stood rapt in attention and tickled to death with each new sonic glimpse offered.

There is an element or two that is sacrificed in all of this: The main thing is that the immediate and compelling paintings of beauty that Long is nearly famous for (or should be, amirite?) are not exactly gone altogether, but a bit hidden. With the focus on these strobing textures, the harmonic subtleties are a bit harder to pin down and recognize, or even make sense of, and sometimes it seems like they might not even be there to begin with. And while there is still lots of gorgeousness in the compositions if you look hard enough, the pieces also have less clearly defined structures (beginnings, middles, and ends). Themes appear out of nowhere and wander about before ever really concluding themselves. But hey, maybe that’s OK. In fact, it very much is ok, mostly since this is the first Rangefinder tape, and it feels like Long was probably looking for a new vehicle to drive his instruments around in, joyrides to nowhere in particular for these experiments. Here he’s just testing out all the gears, making sure everything works like it should. The results are beyond thrilling for beat-less synthesizer music, and point with a fat finger towards a compelling future for all things Rangefinder — if he can take these new points of reference and map them out into a full, seamless journey, we’re really going to have something. And hey, I think a new tape might already be out, or is at least on the way… I’ve been flipping this 800 yen piece of merchandise over and over in my deck for months now trying to figure out how to write about it (and, of course, I have likely failed even now), but hopefully this little post gets folks hip to the even greater greatness that’s on Long’s long horizon. The best part? Whether it’s more Rangefinder or Celer material, it’s bound to be brilliant. What do they call that again? Oh yeah, WIN WIN.

Last week we had two releases by Will Long, as Celer and as Oh, Yoko, here he debuts with a tape as Rangefinder, and returning to the synthesizers of the 70s and the 80s, the Yamaha CS-60, Yamaha DX7 (which we see almost every week in these pages) and the Roland MC-500, if you nerds must really know. Other then working with computer which he normally does, Long’s interest here lies in the immediate composing on multi-track and keep it all more fresh. Like Sleeper it’s not easy to try and don’t think of the 80s and the many synth doodles that were released back then. This thirty minute tape has relatively short pieces, twelve to be precise, and that makes the pieces rather sketch like and short. All of these tunes are instrumental, and a bit spacious. These could easily be the start of a great new composition, a lengthy cosmic tune if you will, but it’s not the case. It’s just a nice pencil made sketch of electronic music. In the early 80s you’d find this on ICR, YHR, Neumusik or Third Mind, or one of the many compilations that were floating around in those days. The years of my coming to age with electronic music, so you can be sure I quite enjoyed this tape.

‘Harmony State’ in Music Won’t Save You

I keep returning to this tape and listening to it in the early morning hours after my daughter’s had her first feeding of the day and I can’t really explain why. Rangefinder makes deceptively simple music, usually grabbing onto one, maybe two ideas, and repeating them until they’ve become part of my brain’s architecture. I’m just as burnt out on “synth jams” as the next fella, but there’s something pure, almost naive about Night Ride that it’s infectious. Each piece is short and never overstays its welcome and acts as a quick glance into passing windows as you ride through and overcrowded city on an overcrowded train. Rangefinder creates brief moments of solace amongst the insanity and it’s oddly, wonderfully beautiful.

‘Night Ride’ in Music Won’t Save You

Night Ride has traveled a long distance to reach my Walkman-cum-stereo but much like its physical adventure from Kokubunji, Japan to [PARTS UNKNOWN], the metaphysical journey of Will Long’s newest project absorbs all the scenic pastures and cityscapes, spewing them out in equal parts toxin and organic. Lush scenery is invaded by harsh technology, and though I flash to thoughts “Broken Household Appliance National Forest” as an ideology on which to base this tape, it’s a blind grasp. The only sonic relationship shared is a fondness for electronic-based pop, but Rangefinder is lighter in subject matter if sometimes darker in melody. As you might imagine, the album is a whiz of synthesized sounds hurling past at high speeds as moments of natural beauty slow down the chaotic trip across the global space of location. When I listen to Night Ride, I’m transported into the travels of this singular cassette through a wormhole of cultures. I’m picking up dialects and customs unbeknownst to me before its arrival. And though there’s a familiar tinge to the music, its exotic existence makes me think of Long and his transplanted life from that of rural America to Japan. So it seems only right that he would craft such a fulfilling and open-minded road mix that would spiritually complete his earthly trek back to his homeland. It seems so detached from his roots but so wholly aware of them. Or maybe this is just a good tape to put in your ‘92 Honda Civic and cruise to at night because who wants to burdened with heady thoughts when you’re just looking for a good breezy buzz.

Precise, crystalline synth academia from Rangefinder, with Night Ride, on Tokyo based Bun Tapes. Tracks that seem to present themselves as objects for observation. As each new element is introduced, it is made fully available in the mix, unobscured, and presented from all angles to absorb each new effect in context with the former. For me, this feels as much academic in execution as artistic. That some synth music can be as much about displaying the science of composing sound as it is about creating astral soundtracks shrouded in mystery. This one strikes a fine line between the two, plenty of opportunities to zone out into the horizon, and still not lose sight of the computations encompassing the delivery of a sine and square wave. Sounds like a starship full of mathematicians.

The physical product is really quite striking. Peach shells, professionally imprinted, nice beefy card stock and design. Seems like the tape equivalent of the PAN aesthetic. 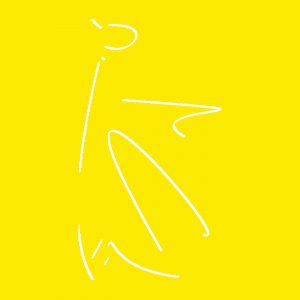 “In a white-hot blue rush, the sun came breaking in with enough strength to push you over backwards. Smoke was still lingering on the ceilings, being sucked out once the windows opened up. She leaned out the window, looking down into the empty streets. Nobody. It’s a more peaceful life, now. Everyone’s at the beach, no more working. They gave that up years ago. He came into the room, and laid down on the sofa.

Minutes later, night was coming, and the car warmed up, as they went out along the boule- vards, and into the mountains, for the foggy climb to the top. The keyboards on the tape ste- reo sizzled in the crisp night air, and below, from the lookout point, all the lights were off and quiet. Let’s sit here and see the moon rise.” – Harmony State

Harmony State is the debut release by Rangefinder, aka Will Long. The project was started as a return to the technology of the 1970’s and 1980’s, using only Yamaha synthesizers, Roland sequencers, and multitrack tape mixing. With the current availability and countless options through computers, it can be overwhelming, and can destroy the immediacy of creativity and spontaneity through becoming too involved with processes and possibilities.

Harmony State came from experimenting with simple capabilities and ideas, and through this, finding a way to have fun and enjoy making music. 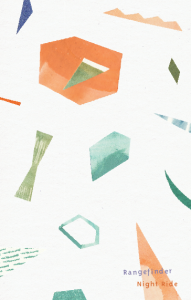 The first release of my new project Rangefinder, ‘Night Ride’, is now available on cassette from Bun Tapes.

You’re instantly moving at 130 kph, the long stretching highway thinning on the horizon, turning to dust in the past behind. There’s a permanent sunset, since the sun now spins horizontally. Shooting stars fall to the east, the closest to darkness we’ll see. The stadium lights of the city replicate the daylight, but from here, practically alone on the salt flats, there’s nothing but dry desert and evening light. Let everything stop, and then spin out of control. Tempos are dancing, the radio sings, and the lost days have past. We never thought the dreamers would win in the end, but we did.

Night Ride is the debut release of Bun Tapes, available in an unnumbered edition with a full color insert, white and transparent norelco case, and sun-orange imprinted cassettes.

Cassette available now in these shops:

Based more along his love for synthy sequencing than the pastoral drift of his other noted group, the sound here is gently undulating pulsy synth work, very drifty and evocative but more in line with the kosmiche type sounds we regularly write about in these pages.

It sounds not unlike 70s scary synth soundtracks with undulating bloops underneath phasing keys. There is a nice sense of melody to some of the tracks with chord patterns shifting creating a quite melodic take on the genre.

On a very limited tape release.